Assassin's Creed Origins is finally available on PC, PS4 and Xbox One, waiting to share our review with you, we want to bring you today everything you need to know about it, to better face the new Egyptian adventure signed Ubisoft . 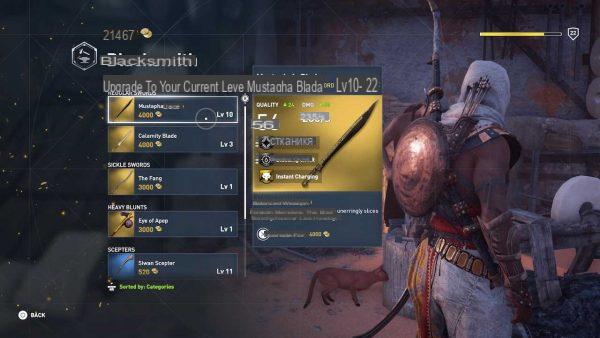 Assassin's Creed Origins unlike the previous chapters, it is a real RPG, leveling up is not only recommended but it is mandatory if you want to complete the adventure without engaging in difficult and impossible fights.

Spending time to devote to secondary missions or exploration of the environment is of vital importance to recover materials useful for the creation of objects and improvement or enhancement of your arsenal.

Over the course of the game you will often come across weapons, shields and more both in chests and as a reward for completing quests, sometimes even as loot dropped by defeated enemies. The objects present in the game are basically divided into 3 types:

Dismantling useless items is preferable to selling, to get the materials needed to upgrade the weapons you have. To get and then find legendary items, you have to solve some puzzles in the form of papyrus and once recovered, complete the secondary quests, then opening the chests in the tombs or at the camps of the bandits.

How to understand which weapon to improve

There are many weapons in the game, it is good to know which ones to keep and improve and which to discard. Each weapon has a DPS or damage per second in addition to the category mentioned above. When it comes to melee weapons it is good to use any type of weapon with a higher quality level.

With ranged weapons, however, the situation changes, as they have different characteristics and you have to aim for weapons related to your style. The best attributes that must be taken into consideration are critical, adrenaline, bleeding and poison.

If you are a player who loves stealth, it goes without saying to recover the materials required for the enhancement of the hidden blade, with which you can annihilate even the most powerful enemies if you act in the shadows, causing instant death.

The best upgrade immediately after the hidden blade is undoubtedly the quiver, it allows you to have a greater quantity of arrows, useful for annihilating enemies from a distance and without arousing suspicion. 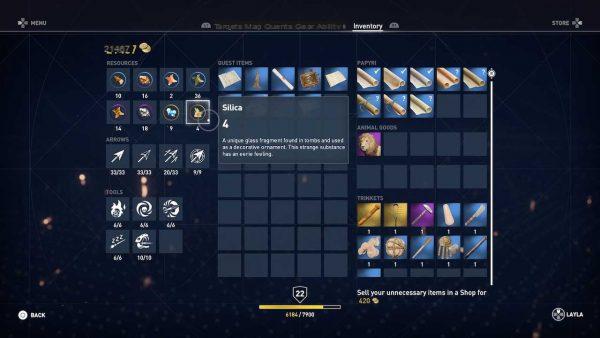 How to recover crafting materials

To upgrade the equipment, you will need materials, we suggest first of all to dismantle them as mentioned above, from shields, weapons and other items that you do not use, or by purchasing them from merchants.

Spending two skill points to unlock the material for sale at the merchants is mandatory, so when you level up, choose to get the aforementioned skill. Using the D-Pad, you can also use the eagle to scan the ground for materials, the skins you can retrieve from animals while the other materials are to be plundered.

Obviously the best materials are in the high level regions, so it is advisable to level up.

Now let's see what are the best weapons in the game

Read also Assassin's Creed: Origins: What you need to know to better face the adventure

If you love to use ranged attacks:

Equip the best you have, possibly one that has bonuses and attributes! Don't always rely on parades, sometimes you have to dodge.

Audio Video Assassin's Creed Origins STRATEGIES: Everything you need to know
How to evolve Poliwhirl into Poliwrath in Pokémon Brilliant Diamond and Shining Pearl ❯

Assassin's Creed Origins cheats: how to discover all papyrus puzzles

add a comment of Assassin's Creed Origins STRATEGIES: Everything you need to know