Assassin's Creed: Origins: What you need to know to better face the adventure 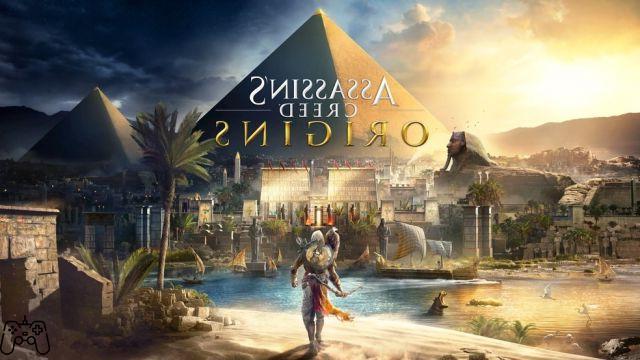 If you are going to play such Assassin's Creed Origins, there are some very important things to know, and today we are here to share them with you.

Assassin's Creed: Origins: What you need to know

In the old Assassin's Creed, there were points of interest aka towers, which once synchronized, made it possible to make visible portions of the map not indifferent, as well as highlighting the various quests. In Origins we advise you not to complete the points of interest you have not finished the main quests of the area, the secondary missions will automatically take you to the areas to be explored.

Senu allows you to see the world from a new perspective, scanning the surroundings for enemies, raw materials and much more. Soaring in the skies you can then spot treasures and more to recover whether they are behind a wall, underground or in the depths of the Nile. Performing the scans and synchronizations increases the perception of Snu, which you can also enhance it through the skill tree.

In our article Assassin's Creed Origins STRATEGIES: Everything you need to know, which we invite you to read, we told you about how to dismantle useless objects in order to obtain raw materials necessary to upgrade your equipment. If you sell all the items you will have coins but you cannot upgrade your equipment, as you need to have a certain number and type of materials, so if you can dismantle them.

During the adventure, you will often come across various beasts including hyenas, lions, hippos, crocodiles and much more. Never take some fights lightly, you may regret it.

Some of the animals have a high level and are capable of both attacking you in groups and doing you a lot of damage, make sure you have the right equipment before dealing with them, and of course don't forget to retrieve pelts and more after killing them.

Fortunately, there is the possibility to move quickly in the map, you simply have to synchronize the various points, after which once the map is recalled, press and hold the X key on the quick point icon.

Fire is a double-edged sword, it could help you eliminate enemies by setting them on fire, but it can also cause your death, so if you intend to play with fire, we advise you to prepare to flee after causing a fire. .

Money must be spent wisely

Even if you intend to go out and about in a king's star outfit on a noble steed, avoid spending a lot of coins on camels, horses, clothing, or anything else. Each hub hosts a shopkeeper who sells both common and rare costumes or mounts, the description could deceive you, they are useless, they do not make improvements, buying them is a waste of money, considering that by completing missions you will still get skills and means of transport.

Yes, in Origins the steed is not as intelligent as it is painted, so don't always rely on automatic driving aboard your steed, it could take you to very dangerous places.

Assassin's Creed Odyssey: Where to find the City of Atlantis

add a comment of Assassin's Creed: Origins: What you need to know to better face the adventure