The Modern Warfare 2048 and 3136 error codes can be especially bad for gamers. Of course, like most other game developers, Infinity Ward neglected to put anything that comes close to a helpful message with error codes 2048 and 3136, so you're pretty much on your own figuring out the cause. However, there are some fixes that will get you back to playing Call of Duty. 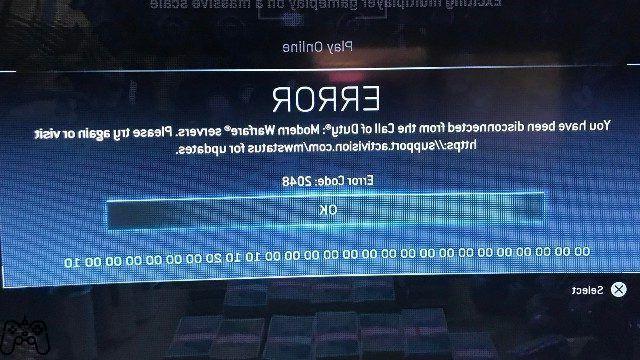 There is no definite cause for error codes 2048 and 3136 in Modern Warfare. However, the problem most frequently occurs directly after an update is released. It appears to happen when the game version does not match when connecting to Call of Duty servers to retrieve a player's profile. This usually shows up with the following message:

“You have been disconnected from the Call of Duty: Modern Warfare servers. Please try again or visit https://support.activision.com/mwstatus for updates. "

This message isn't a bad place to start troubleshooting. The first thing to do is check the Modern Warfare status site to see if the servers are down. If they are, there is the problem. If not, you will need to do some further troubleshooting.

The first thing to try is to make sure the Modern Warfare installation is on the latest version. Sometimes updates seem "stuck" and you will have to convince them with a manual check. If you have the latest version, try restarting your console or PC, router and modem completely and restarting the game.

If you still have problems after trying the above, you can attempt a full reinstall of the game. Modern Warfare is a fairly large download, so it's a last resort. However, sometimes this is the only thing that will fix persistent error code pop-ups 2048 and 3136 pop-ups.

If none of the above functions work, you will need to contact Activision support. There hasn't been a definite cause released for these error codes, so they can be difficult to resolve. However, the support should be able to point you in the right direction when general corrections don't do the trick.