Rumor: Call of Duty movie starring The Rock is in production

UN Call of Duty The announcement of the film's release date may be imminent, as a new rumor is making the rounds suggesting that Dwayne “The Rock” Johnson may be starring in a film based on Activision's popular FPS series. Call of Duty Dwayne Johnson's rumor is new, but The Rock hinted earlier this year that he was bringing "one of the biggest and toughest games on screen" - could it be COD after all? 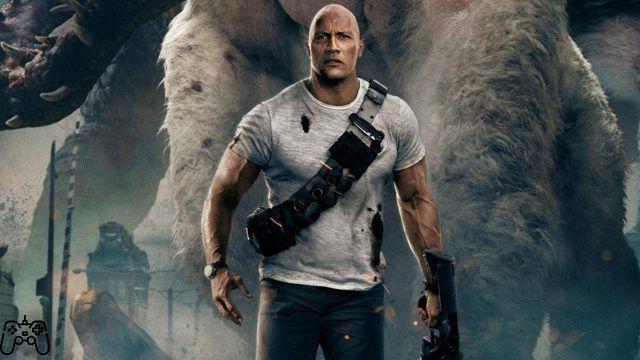 The rumor is that the new video game movie in which Dwayne Johnson will star is a Call of Duty movie, according to an "inside source" of Giant Freakin Robot. Notably, the website claims Johnson is “currently in talks with the studios” to make a Call of Duty movie, though they couldn't confirm which studio is in line to make it.

This comes from the back of Johnson's interview with Men's Journal, which was mostly about his upcoming DC movie Black Adam, but also confirmed that a movie based on "one of the biggest and toughest games" is in the works, one that Johnson " played for years ”- a description that certainly fits Call of Duty. Dwayne Johnson is no stranger to games either, having starred in Doom and Rampage-based films, and will soon be available as a playable character in Fortnite.

It certainly comes at an interesting time for Call of Duty, as the franchise and publisher Activision has just been bought by Microsoft and Warzone 2 is likely on its way next year. As for the length of time a Call of Duty movie might cover, given that the games have been everywhere from WWII to the distant future, it will most likely be based on the Modern Warfare series, as it is still the most popular Call of Duty. placement.

What is the release date of the Call of Duty movie?

The Call of Duty movie won't be out until at least 2024 if it goes on. As it has not yet been announced, it will still take at least a couple of years to develop, so 2024 is the most optimistic version, depending on how far ahead is right now.

Audio Video Rumor: Call of Duty movie starring The Rock is in production
Can you catch a brilliant Giratina in altered form in Pokémon Go? - October 12, 2021 ❯

add a comment of Rumor: Call of Duty movie starring The Rock is in production