Fortnite x Naruto skins and cosmetics leaked for the crossover 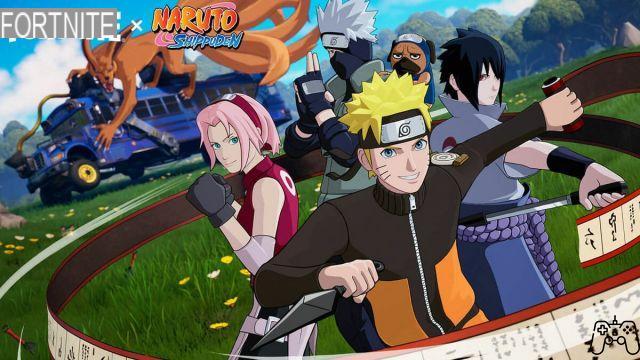 A full one Fortnite X naruto skin leak has revealed all the characters and cosmetics coming to the long-awaited crossover next week, far more than anyone could have expected. According to Naruto's Fortnite skin leak, four main characters and four interesting cosmetics from the Naruto anime will be released for the Epic game on November 16, the release date of which was revealed yesterday after many months of rumors.

What characters are there in the Fortnite x Naruto skin leak?

According to rumors, the Naruto anime-based Fortnite skins will include Naruto, Sasuke, Sakura, and Kakashi, with Pakkun the dog available as a back-bling cosmetic along with two pickaxe variants and another backpack. Konoha, otherwise known as Hidden Leaf Village, will also appear in Fortnite as a Creative Hub map, apparently.

This leak comes from a Japanese magazine that appears to have been released a while before the official reveal, which has now been scanned and uploaded online. It shows Naruto, Sasuke, Sakura, and Kakashi from the anime falling from the Fortnite Battle Bus, with text saying that all four character skins can be purchased. The left pane of the second page shows Hidden Leaf Village and confirms it as a new Creative Hub for the crossover, along with four cosmetic items that will be available, including the grumpy Pakkun.

Naruto arrives in Fortnite on November 16 and hopefully also offers some missions along with the various items in the store and creative hub map. It's also not the only crossover out now in the game. League of Legends' Jinx is now available as a link to the Netflix animated series Arcane that began last weekend and continues this weekend, and players can expect the Ghostbusters collaboration to continue next week with the release of the Ghostbusters Afterlife movie in theaters. .