Fortnite Gold Bars | What does gold do?

A lot has changed in Fortnite following the recent Galactus event. The devourer of worlds has been conquered, as expected, and the rift caused by his demise has merged numerous imaginary worlds together. This change also introduced gold bars, a new form of Fortnite currency. What does gold do, where can you find some and what can you spend it on? Read on to find out.

What does gold do in Fortnite? 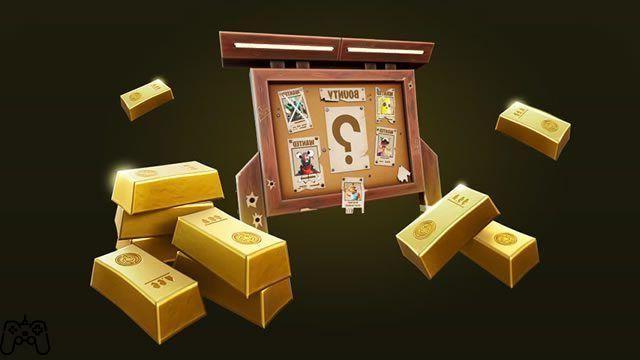 Gold bars are a new Fortnite currency found as loot on the island or given as a reward by various non-player characters. Gold is tied to new missions, notably bounties, which offer gold bars as a reward for eliminating players. It can also be used to purchase items from NPCs.

You shouldn't have a problem finding gold bars. He hides some hidden around the island, like any regular old loot. Also, some of the new NPCs around the island will give you missions in exchange for currency. You will also be able to find it after eliminating other players. Keep in mind that the reverse is also true: if you are carrying gold and get killed, your stash will fill the other player's pockets.

When it comes to earning currency, Bounties are the big news. After taking a bounty, you will receive a lump sum if you are able to eliminate a specific player, or half if the player is eliminated by other means. You will also be awarded bars if you manage to evade a bounty on your head.

Once you have some gold bars, you can spend them by talking to the NPCs. All updates for Intel and even exotic weapons can be found for sale. You can even hire certain NPCs as allies, where they will assist you in any mission you may undertake.

By itself, gold in Fortnite does nothing. However, it is found as a random loot or offered as a reward for completing bounties. You can use gold bars to purchase new weapons, upgrade your current weapons, purchase information, and more. For more information on the latest changes, check out our guide to Chapter 5 Season 2 Battle Superpass * rewards and newly added map locations.

Audio Video Fortnite Gold Bars | What does gold do?
Can you catch a brilliant Mesprit in Pokémon Go? - September 14, 2021 ❯

add a comment of Fortnite Gold Bars | What does gold do?