Fortnite Kratos Skin | Will there be a crossover between Fortnite and God of War?

It looked like The Mandalorian was the big crossover for Fortnite in Season 5, Chapter 2, but there may be an even bigger surprise in store. Images of a Fortnite Kratos skin have appeared online, stating that a God of War crossover will be coming to the game soon.

Will there be a Fortnite Kratos skin?

While Fortnite's fake leaks aren't a rare occurrence, there's some credit to this rumor. Shortly after the Kratos skin image started appearing on social media, the official PlayStation Twitter account posted a teaser for the game.

The Kratos Fortnite teaser circulated in both English and Spanish, with some users claiming to have seen it on their dashboard. Given the huge number of cameos in the game so far, it wouldn't be surprising if a God of War crossover is on the way. However, at the time of writing, nothing has been officially confirmed.

However, fans should take this rumor with a grain of salt. Given the fifth season, Chapter 2 focuses on The Mandalorian, Disney may not want to share the spotlight with Sony. If so, it's unlikely we'll see the Kratos skin until Chapter 3 of Season 5 if it really exists.

Is the God of War Fortnite crossover only available on PlayStation? 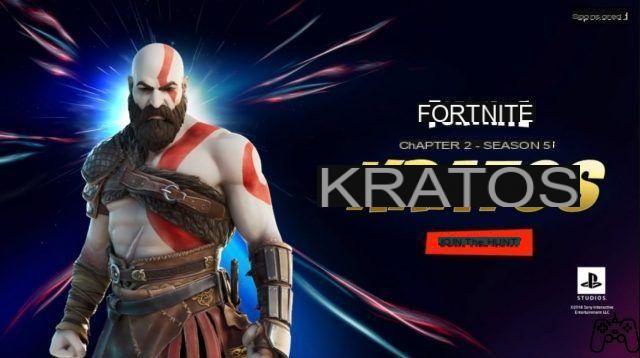 The big question right now is whether or not Kratos will be available on all platforms. Again, nothing has been confirmed, but it seems unlikely that Sony will allow any of its most popular characters to appear on Nintendo or Microsoft consoles. It is doubtful that Kratos will be available on the Android, iOS, Switch, PC or Xbox versions of Fortnite.

Given that other games have had PlayStation-exclusive content, it wouldn't be unusual for Fortnite to do the same. The Kratos skin is likely linked to the release of the PS5 version of the game. It is currently unknown if Xbox will have its own exclusive skin to celebrate the optimized version for Xbox Series X | S of the game.

Audio Video Fortnite Kratos Skin | Will there be a crossover between Fortnite and God of War?
Twin Mirror: the review of the PS4 version ❯

add a comment of Fortnite Kratos Skin | Will there be a crossover between Fortnite and God of War?