The Rocket League Lama-Rama event is now live! This Fortnite crossover event holds some nice surprises to celebrate the arrival of Rocket League on the Epic Games Store, one of which is the chance to drive the legendary Fortnite bus.

Rocket League will officially go free-to-play tomorrow, now that it's in its new location in the Epic Games Store. As part of this groundbreaking event, the good folks at Epic Games have come up with a pretty cool crossover event featuring Rocket League and Fortnite.

Unsurprisingly, a big part of the Llama-Rama Rocket League event is the chance to earn some new cosmetics. Some of the things you can get can simply be added to existing cars like Fortnite wheels and a Fortnite Llama topper. However, the most interesting novelty of all is undeniably the Fortnite Battle Bus. 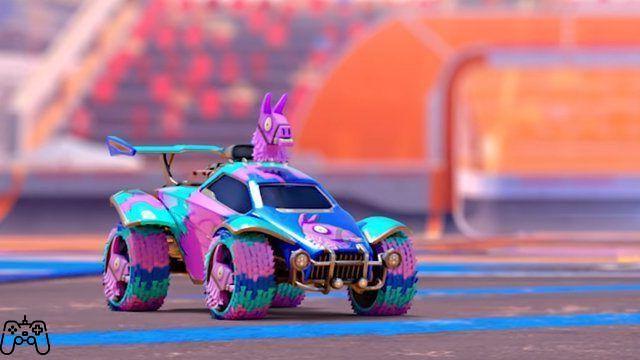 If you're somehow unfamiliar with Fortnite, this popular Battle Royale begins the game with players crammed into an iconic flying bus. Dubbed the "Battle Bus," this jury-rigged vehicle flies over the map and gives players the opportunity to decide where they will board from.

Now, Rocket League players can unlock the Rocket League version of the Fortnite Battle Bus along with the Battle Balloon antenna and Battle Bus wheels. The way you will receive this new content, however, is slightly different than the usual way you do it.

As the announcement of the Rocket League Llama-Rama event details, players will need to complete the “Event Challenges” in the game. Completing a challenge will unlock a specific item from the Challenges menu. Complete all challenges and you will unlock the Fortnite Battle Bus for use in the game!

You will be able to play the Rocket League Llama-Rama event when it starts on Saturday, September 26, 2020 at 18:00 pm EDT; the event will run until October 12, 2020. For now, you can get excited about this new Rocket League content by watching the trailer!