Numerous consoles inspired by the legendary Atari 2600, many of which made in a rather bad way. On the fortieth anniversary of the gaming platform, however, the collaboration between Atari and the manufacturer ATGames led to the birth of Atari Flashback 8, that is the definitive mini-console impregnated with the DNA of the legendary Atari 2600. Since in my possession I have the edition Flashback 8 Gold HD, that is the premium version of the console, I will offer you my opinion on this edition of the mini-Atari.

ATGames in the past has tainted itself with the reputation of a manufacturer of consoles with poor quality, but has put all of itself into the realization of this "new" Atari, which looks like a replica in miniature dell'originale Atari 2600, although some differences between the two platforms immediately bounce to the eye. In addition to being lighter, we immediately notice the presence of buttons located in the upper part of the console that replace the classic levers present on the old console. Buttons include the Power, Start (aka Reset of the original Atari 2600) keys, two buttons to change the difficulty of the games, and finally, Select. Unfortunately one of the buttons proves to be slightly defective (ATGames never contradicts itself), although the rest of the structure offers a solid and quality design. Also the two joysticks present in the box they are very inspired by the original ones, but they too with a few small differences. The main controller includes some buttons that are useful for managing the console menu and games. Unfortunately, however, it is 2.4Ghz wireless joystick powered by AAA batteries, but the good news is that the Atari Flashback fully supports older Atari peripherals. If you have the original controllers, my advice is to use them right away. Obviously the console does not include the compartment that allows you to insert the cartridges, but the big news is HDMI output, which allows you to connect it to yours HD television and to play classic Atari titles with one 720p resolution. Also included in the box are an HDMI cable, power supply and a small instruction manual.

Before telling you about the pre-installed games, I decided to list all of the new features offered by Atari Flashback 8 Gold HD, obviously unthinkable or even unthinkable at the time. The Plug and Play allows you to connect the console to the TV in seconds and immediately immerse yourself in the nostalgia effect. Also, with a few exceptions, almost all games offer ten slots to save and hear hear, the ability to rewind your gameplay back in time up to a maximum of seven seconds. This last feature was very useful, since the games featured are as beautiful as they are difficult. Even the main menu looks very "modern", allowing you to select the title to play through the appropriate lists, to choose from the latest games we have played and also, to save in a separate list the titles we found the most fun, ensuring easy access next time the console is started.

As I said previously, the Atari Flashback 8 Gold HD does not allow you to insert the old cartridges of the Atari 2600 but, it includes the beauty of well one hundred and twenty pre-installed games. Among these titles, divided into Atari titles and about twenty titles Activision, we find such sacred monsters Pitfall, Adventure, Centipede, Asteroids, Circus Atari, Frogger, Kaboom, Space Invaders and many of the sports games of the time, such as Soccer, Basketball, Baseball and Volleyball. Unfortunately, however, I cannot be satisfied with the line up of games included. The high number of pre-installed titles shouldn't lead us astray, because the absences are many and they are felt. Aside from the unexplained absence of Bandai Namco games, the lack of Pac-Man or Donkey Kong (Atari version), two of the most iconic games of the Atari 2600. The sadness for these two absences (and they are not the only ones) is offset by something really exciting. Anyone who has never owned an old Atari has never felt the joy of find the first Easter Egg ever inserted into a video game. Well, thanks to Atari Flashback 8, everyone will be able to access the Adventure game and find that the programmer Warren Robinett entered her name inside a secret room. It's up to you to find it though!

Summing up, how much is it worth buying Atari Flashback 8 Gold HD? Well, it is certainly not a question of following the fashion of mini consoles, because here we are not talking about any platform, but about the possibility of getting hold of something that in part it manages to fill the absence of the real Atari 2600. Atari Flashback 8 Gold HD has inherited many of the characteristics of its ancestor, while also offering something modern. The lack of some titles is felt, but I assure you that the one hundred and twenty games present will still make the happiness of those who were anxiously waiting to finally be able to take a dip in that nostalgic past. I conclude by saying that the base price of 99.99 euros of this version of the mini-Atari is in my view a little excessive, but apparently those at ATGames have decided to put a price (and what a price!) on our nostalgia. 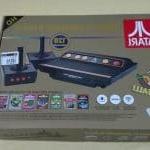 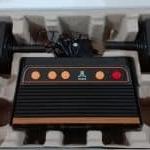 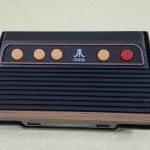 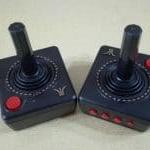 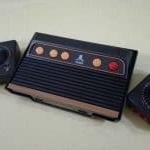 Hardware by Domenico De Rosa Did you like the article? Share it!
Audio Video Atari Flashback 8 Gold HD
The infinite stimulus glitch is ruining Call of Duty: Warzone… again ❯