In the era in which the video game is experiencing a "platform globalization", it is increasingly common to see exclusive video games land on the PC. If on the part of Xbox this thing comes out even more normally (since it is always Microsoft), by Sony these practices are instead, or at least they were, unexpected. So if Death Stranding and Horizon: Zero Dawn have opened the dances, many games are on the way (according to some rumors) and others have already been announced. One of the most controversial Sony exclusives of recent years is undoubtedly Days Gone, a game that unjustly lived in the shadow of The Last of Us but which now, finally, can be tried by all those PC players who still do not have a Sony console at home.

After having tried the Days Gone adventure again, this time away on a PC, we were able to take stock and analyze in detail this title which now, with two years of experience behind it, is located within a certainly more variable platform. but with greater potential than a "simple" PlayStation 4.

For those unfamiliar with the game, Days Gone tells the story of Deacon, a former military man who lives a life within a post-apocalyptic world as a bounty hunter. The world is in fact full of infected, creatures called furious who no longer reason but aim only to find human beings and devour them. The events of the game, which flow through a main story that exceeds 30 hours and an avalanche of diversified secondary content that lead to over 50, do not shine for originality but manage to keep the player glued thanks to some well-placed twist.

The real magic, however, the game does when we analyze the technical side: if in fact PlayStation 4 allowed you to enjoy Days Gone for good, a good range PC certainly allows today to have more details in the game. There is no Ray Tracing (also because otherwise, in all probability, it would also have been released on PlayStation 5) and the DLSS; Regardless, however, the game views are decidedly more suggestive and, with the right configuration, you will have a real jewel by the hand.

Another thing that should not be underestimated is the fact that the game has been available for years now: this leaves many out of the equation glitch e bug that were present on day one, thus giving a more optimized and refined experience. The audio mixing has also been improved, which now does not overlap the wrong volumes and allows you to understand the dialogues well and fully enjoy the music. Obviously Days Gone is not designed for an elite group of PC gamers, and for this reason it presents a multitude of settings that you can change, thus allowing decent playability even on video cards of generations ago (with low VRAM).

Obviously, however, if you have in your hands a machine capable of squeezing the engines of the various games you have to the maximum, then you will be interested to know that the title has compatibility with the monitor 21:9 and has the frame rate unlocked, exceeding the limits imposed by consoles (which are 30 on PS4 and 60 on PS5). Finally, also the Field of view (FOV), which will allow you to further adjust the camera in such a way as to set it in the most comfortable way for your style of play.

Last but not least, there is to talk about the gameplay. As we said, the game experienced a period of shadow under The Last of Us: this, decidedly unfair, did not allow many players to discover the magic that lies behind the game mechanics of the title. First, we are faced with whole hordes of hungry enemies capable of striking terror without jumpscare, dark places or strange music, but simply with the strength of the number: it will frequently happen that Deacon will have to face groups of hundreds of infected - which on PC seem to be even more - who as soon as they see you will start moving en masse and running towards you. Unfortunately, like all games born on consoles, the implementation of mouse and keyboard struggles to take off: certainly those who love to play on PC will find themselves quite well, but we still recommend the implementation of a joypad to take full advantage of the game controls. 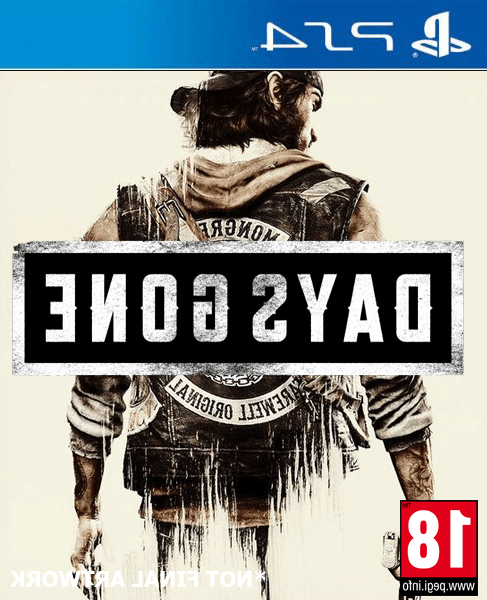 Days Gone on PC it is what we would call the perfect shape of the original game: while adding nothing in terms of plot, the title shows sharp fangs that unfortunately did not shine in the same way on PlayStation 4 (although we always talk about a good technical sector also on the Sony console). With the arrival on PC of the title of Bend Studios, it therefore seems that Sony's interest in offering its exclusive games to PC Gamers is a reality (even if the choice to block the second episode of the series loses its meaning).

The setting remains suggestive, but improves the quality thanks to the power of the PC. The animations, 3D models and effects allow you to fully enjoy a living world, which also becomes adrenaline thanks to the unlocked frame rate.

The dubbing remains the same, for better or for worse, while the music is the usual suggestive of the original game. The mixing, on the other hand, this time has been fixed allowing for an experience free of major flaws.

If the artificial intelligence does not advance that much, the experience cleaned of bugs and glitches allows you to experience the game better. There remain the fun sections against hordes of enemies, as well as the multitude of missions to complete.

Did you like the article? Share it!
Audio Video Days Gone, hordes of infected arrive on PC
Call of Duty Warzone Best Tec 9 Equipment Guide ❯

add a comment of Days Gone, hordes of infected arrive on PC