Genshin Impact has a vast open world for players to explore. And, as expected, that world is filled with a variety of items that you can use for cooking, crafting, or completing quests. The latter is the case with the Flower Corolla Mist, necessary for specific missions and crafting recipes. Here's where to find Nebbia Flower and how to hide the Corolla inside.

Where to find Mist Flower Corolla in Genshin Impact 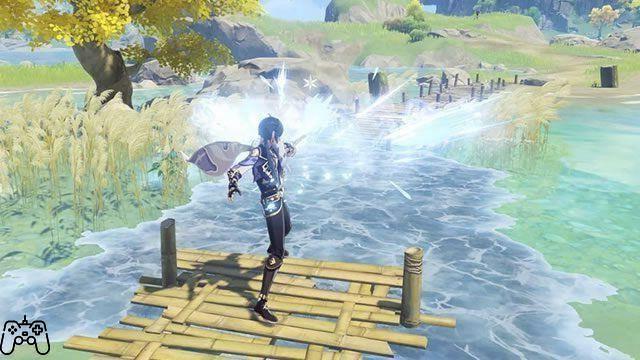 Fog flowers in Genshin Impact can be found everywhere, but they appear most often near rivers and other water sources. They are ice flowers with the curious ability to freeze nearby water. The Mist Flower Corolla appears when you hit one with fire elemental abilities.

These ice flowers appear in the game as blue colored plants with leafy stems. Corolla is the small bud in the center of the petals. Using Pyro abilities on them will "melt" the flower, turning it into mist. In fact, you should be able to spot a veil of fog wherever it is growing. This is where they get their namesake: Nebbia Flower.

Mist Flower Corollas have a variety of uses. Mainly, they are a requirement for some missions, including Darknight Hero's Alibi in the Noctua chapter: Act 1. They are also used in alchemy: Corollas are used to create Icing Essential Oil and Frost Shield Potion. The essential oil will increase your party's attacks with the Cryo attribute by 35% for 300 seconds, while the potion will increase the Cryo resistance by 35% for 300 seconds.

If you are looking to find Mist Flower Corolla in Genshin Impact, start looking near bodies of water. Some of these blue flowers should be nearby, and you'll know you've found them when you see a low cloud of fog. Hit them with a Pyro spell to break their shells and you'll be able to claim the Corolla inside.