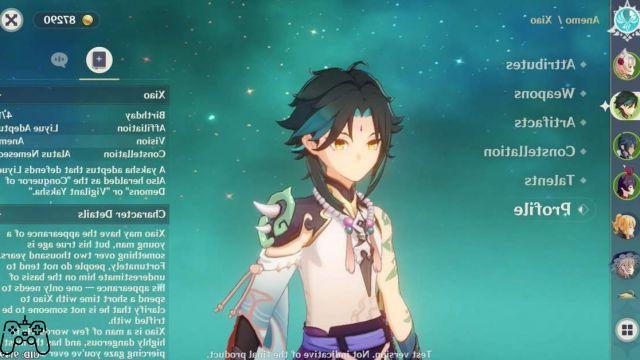 In this Genshin Impact Xiao Character Guide, we will talk about the next 5-star Anemo character Xiao who will be added to the roster in Genshin Impact Update 1.3.

Xiao, also known as the "Conqueror of the Demons", is a 5-star character who wields Anemo and Polearm.

Use the new ascension material (Juvenile Jade) which can be acquired by the next boss in Update 1.3.

Break down
Below we will list all of Xiao's move sets and skills. Her passive talents, constellations and material requirements for ascension / talent will also be covered.

It should be noted that at the time of this article's publication, all movesets and stats mentioned are pulled from the beta version of the game, so they may change.

Elemental Blast: Ruin of all evils.

Conqueror of Evil: Tamer of demons.

Conqueror of Evil: Divinity of Wrath

The following 2 tables list the materials required for Ascensions and Talent Ascension.