In a bizarre world, where the ruminations are extinguished in a sea of ​​sleepy bubbles, our hero moves quickly his steps. Michel Ancel's prodigal son needs no introduction: Rayman is now an icon of platforming in all respects, a very solid alternative for non-lovers of Australian hedgehogs, plumbers and marsupials. Rayman Legends saw the light five years ago (four if we consider the editions for the current generation of consoles). Repeating what we saw in the previous Origins would have been difficult but the creative flair of the French game designer can do this and much more. Made available for free through the recent PlayStation Plus offer, let's review with unforgivable delay the latest - and hopefully not at all - the eggplant man's adventure.

Awakened from a centuries-old slumber, Rayman is tasked by the Bubble Dreamer to put an end to a looming threat: nightmares have begun to invade all realms, led by the five evil dark Teens. It will then be up to us to capture the troublemakers on duty, cleaning up each level one after the other. The incipit of a simple and subtle plot represents the best excuse to dive headlong into the first of many paintings, because Legends is exactly that: a work of art in motion. Starting from the level design up to the characterization of the characters, the Ubisoft product manages to excel in every field. The main focus of the entire game is based on saving every single Teen and collecting the inevitable and very nice Lums. Before you can put the title back on the shelf and feel like you've done everything you can, you'll have a long way to go and a lot of sweat to pour onto the pad through your peeled fingertips. What at first glance would seem a harmless ride to triumph turns out to be a more difficult challenge than expected. With a well thought out and never overly punishing difficulty curve, you will be able to improve your reflexes from time to time and master every single action by the end of the game.

The impressive fluidity in the movements and in the various transitions makes the whole experience a real playful pleasure, to be experienced in one breath. Our hero can unleash deadly combinations of punches and kicks, glide with his ears like a helicopter, slide on his abdomen, shrink, run across walls at supersonic speed and… become a duck! Each of the five worlds at our disposal contains various levels, which from time to time offer new, varied and well-amalgamated mechanics. Secret rooms, items to collect and puzzles to solve alternate with frantic escape sequences. By completing certain paintings we will save the ten princesses, that is to say a very small portion of the huge amount of alternative characters to choose from (yes, there is also Assassin Ray). Also worthy of mention are the musical scenarios, where everything moves following the rhythm of our actions and the notes of famous songs including Black Betty and Eye of the Tiger. As a small gem, these will then be entirely retractable in an 8-bit key in a final bonus world, seasoned with very bad visual disturbances such as fish eye, specular vision, white noise and the progressive loss of resolution. At the end of each level it is possible not only to check how many Teens you have missed, but also to fill a meter with the respective Lums: the right amount will ensure you not only the gold cup of the world just finished but also a Lucky Scratcher, with which you will unlock other Teens, collectible creatures, additional Lums and paintings from the Origins section. After completing each world entirely, the corresponding diamond cup is unlocked and believe us: getting them all will be really nerve-wracking. In addition to the main mode, you can try your hand at many other online challenges or compete with your friends in Kung Foot. The latter is probably one of the funniest side activities: one goal per side, up to four players and a single ball that will splash in every direction.

Rayman Legends is a rare pearl, with a first-rate artistic sector, an impressive playful offer and a healthy pinch of cazzimma.

From a purely artistic point of view, Rayman Legends is a real diamond, pure and shining. Whether the most nationalists want to deny it or not, the distinctive traits of the French creative world are always clearly distinguishable. Strengthened by the comedy of a work by Goscinny and dreamy like a space odyssey by Moebius, the son of Ubisoft Montpellier and Michel Ancel shines in every single portion. In terms of design, it is highly unlikely to find a product on the market that can cope with such wonderful scenarios. Everything has been rigorously handcrafted with care and passion, both the environments and the characters and visual effects, following the cartoonsque canons that have always distinguished the Rayman saga. An excellently crafted soundtrack accompanied us step by step, from the cheerful brushstrokes of "La fiesta de los muertos" to the darkness of "20.000 Lums under the sea" (you didn't believe that an underwater level would be missing, real?). The landing on PlayStation 4 and Xbox One did not bring great benefits to the performance of the game, which was already stable on sixty granite frames per second and a wonderful resolution in Full HD. The 60 FPS are of fundamental importance for a title that makes fluidity and frenzy its workhorse. However, the enhancement is perceptible with the disappearance of any loading screen: now you will no longer have to wait after entering or exiting a painting.

We've completed Rayman Legends in the past on PlayStation 3, and didn't get begged twice before trying again on PS4. Just like during the last generation, this time too we laughed out loud, had fun and - why not - even angry about our reflexes when we were ninety years old with cataracts. 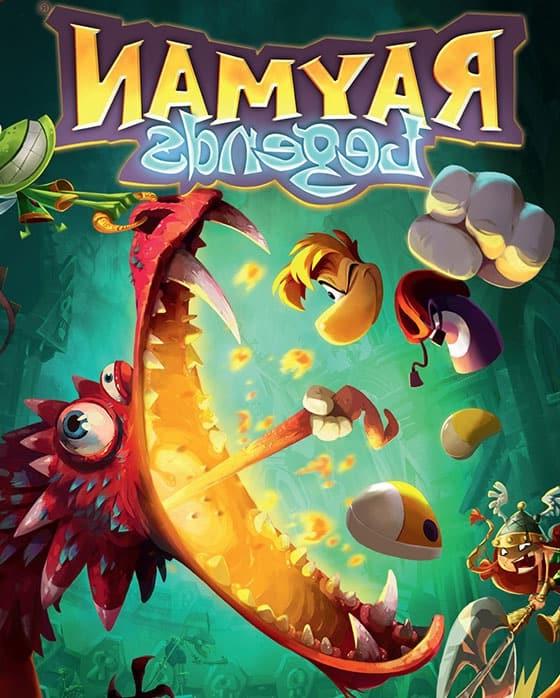 Rayman Legends is therefore not only a platform of exquisite workmanship but also the testimony of the great talent of the Ubisoft Montpellier artistic team. Every single step or punch represented one of the many moments that made up this magical experience, made of laughter, funny faces, glittering dust and shattered pads. The most recent adventure of the jointed eggplant can be as much a smooth and enjoyable experience as it is a fiery challenge against one's reflexes. Available today at a practically negligible price, we recommend the purchase to anyone: this is a product to show off with pride on the shelf or in your digital collection.

Visually speaking, Rayman Legends is still one of the best of its kind today. The high-level performances, combined with an amazing artistic sector, make it a platform to absolutely own.

Although the dubbing is practically absent, the soundtrack performs its duty very well, especially in the musical levels.

Every single world introduces new mechanics from time to time. Rayman Legends will never be repetitive or trivial, demonstrating all the goodness of its playful offer.

Did you like the article? Share it!
Audio Video Rayman Legends
Call of Duty Vanguard Best equipment STG44 ❯