Shenmue 3 it exists in an autonomous and timeless dimension, sculpted and crystallized with care and love. Built thanks to donations from fans through Kickstarter, repays with the illusion that they were looking for, that is the possibility of continuing the adventure of Ryo Hazuki as if the nineteen years that have passed since its abrupt termination had never passed. However, it would be inaccurate to reduce to a mere sentimental question what is actually a crusade in favor of a certain idea of ​​what a video game is and what it must do: the ideas that animate it are certainly not the majority in the present industry, but they do not. therefore they are wrong.

Plenty of headlines today should learn elements from Shenmue such as the importance of a vibrant, self-managed, player-independent game world, as it has the power to generate the game.emotional immersion which transforms interactive entertainment into a real virtual journey through space and time.

The story of Shenmue 3 picks up exactly where its 2001 predecessor left off. In a small rural village located in the region of Guilin in China, Ryo meets Shenhua, the daughter of the local stonemason, and together they discover the cave from which two come mirrors very precious, sayings of the Fenice and Dragon. The latter had been stolen by the treacherous Lan Di to Ryo's father in the opening of the first game of the saga: in dojo of family, a Yokosuke, in fact, the murder that triggers the thirst for revenge of the young Japanese high school student is consummated.

Ryo, although only a boy, is consumed by the desire for revenge

This Czech fury consumes him and makes him a tragic character in his two-dimensionality: Ryo gives up his life as a teenager, leaving friends and family, to chase his father's killer head down. Many scenes, especially in the first two chapters, are moving as they subtly narrate this traumatic transition to adult life.

The game is divided into two very large macro-areas but fragmented by numerous uploads: the village of Bailu in Guilin and the town of Niawou, also in China. In both, primary and secondary tasks must be performed. Unlike other time series such as The Elder Scrolls, Shenmue has continued to reject the use of the map with objectives: to orient yourself, you must necessarily ask the people you meet on the street. As usual, each of them has several lines of dialogue and the questions that Ryo automatically asks are updated as the narrative continues.

Over the years, Shenmue hasn't bowed to the mini-map dictatorship. Orientation is the player's job

This trick contributes significantly to increasing involvement, and at the same time forces the player to sharpen his wits and carefully observe the surroundings in search of reference points. The main mission coincides with the story itself, while the secondary activities consist simply in doing small favors to NPCs in exchange for money or particular items. However, Shenmue wouldn't be complete without a substantial range of mini-games: from fishing to woodcutter work, from training Kung Fu to gambling. Even more than in the first two episodes, the player is encouraged, and in some cases forced, to participate in these time passes during the main story. On two occasions the game requires you to raise a considerable amount of money in order to advance the plot, thus blocking the pace of the story. In general, a choice of game design of this type, that is, which provides for the grinding mandatory, it tends to be controversial (see numerous cases registered Ubisoft). In the case of Shenmue 3, however, it integrates quite organically into the game world, thanks to a series of "hyper-realistic" mechanics which contribute even more to make players fall in the role of Ryo.

There is absolute freedom in choosing how to do money, even if the game is not a park of clues as to which are the most efficient ways: you can collect healing herbs to resell in the pharmacy, or get lucky numbers and colors from a prescient, play them at the casino, collect chips (called token in-game) and exchange them for a prize to be resold at the pawn shop. There are no shortcuts to this guided path which, as the maps are (cunningly) designed, necessarily implies continuous exploration and interaction with all the surroundings.

Ryo must eat every day to restore stamina, which is used in both exploration and combat

Ryo also needs money to buy food to eat in order to keep his stamina high, which acts as health during fights and decreases with just walking or running. This meticulous industriousness of the game, which tends to impose the "typical virtual day on the player, is typical of the saga and reflects the idea of ​​entertainment courageously and consistently carried out by its creator, Yu Suzuki. In spite of any fashion today, Shenmue always favors a calm and serene rhythm, which requires the player to transport and voluntarily abandon any grip on reality.

Despite having smoothed out some roughness, the gameplay remains quite woody in the exploration phase (you run with the dorsal key!), But it is surprisingly vibrant in the combat phase. By collecting skill books, you have access to multiple sets of moves to activate with key combinations, as it originally was in the fighting game SEGA Virtua Fighter. By training with a sparring partner or with a wooden puppet you increase the level of each move, up to a maximum degree of mastery. The clashes are always preceded by films or by the infamous quick-time event (QTE), which I am not sure of the invoice of N but they are still pleasant for the charm and irony of the scenes shown.

Developed with theUnreal Engine, Shenmue 3 does not claim to have a cutting-edge technical sector. The graphic rendering adds a greater level of detail and a few touches of grace to the look of the two iterations for Dreamcast. On the other hand, the art of the game is inspired as never before, also assisted by a very pleasant soundtrack that incorporates many historical themes of the saga: bright and cheerful colors are spread over enchanting scenarios that cannot fail to conquer instant affection. of the curious and patient player.

The landscapes are entirely Chinese and, although this is a personal preference, there is hope that the story will soon bring Ryo back to his Japanese homeland, so that the game can re-propose the "japaneseity"Authentic of Dobuita. In fact, the saga of the young Hazuki does not end with Shenmue 3 (it is not a spoiler, Yu Suzuki himself declared during multiple interviews) and this is a delicate point to underline: will there be a further sequel or we will remain with an incomplete story and still far from over? The desire of the fans to finish the journey with Ryo has yet to come true and, at the moment, hope for it still seems too optimistic. However, this third chapter manages to be pleasant without closing the circle: on balance, it also leaves the desire for something more. In the videogame market there must be room for courageous, stubborn and polarizing products like Shenmue, because history teaches us that it is precisely these that break down new barriers and start new trends.

I played Shenmue 3 on PS4 Pro with digital copy purchased on the Playstation Store. I completed the campaign in about fifteen hours, including some side activities and lots of chopped wood. Excellent audiovisual rendering. The game is subtitled in Italian. 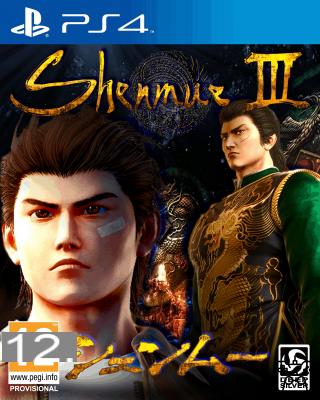 In conclusion, Shenmue 3 manages to be anachronistic and pioneering at the same time, since its basic originality has remained largely intact over the years. It is a game that all fans of the original chapters should play (while it makes no sense to play it if the knowledge of the narrative premise is lacking), for nostalgia but not only: some mechanics are still brilliant and guarantee many hours of fun. It doesn't happen every day to travel to places like Yokosuke or Guilin and the possibility of doing it from the sofa at home should be seized.

Developed with Unreal Engine, the game features dated graphics that nevertheless mark a wonderful and timeless continuity with the first two chapters for Dreamcast. The art sector shines for authenticity and charm.

Many themes are taken up by Shenmue I and II: now as twenty years ago they are absolutely pleasant, relaxing and suggestive. The dubbing (at least the one in English) is not of the highest quality but even this is delightfully in line with the tradition of the saga.

Moderately woody gameplay being explored, with a control mapping that betrays an antiquated view of the video game. However, the staid pace prevents this from becoming annoying: if you favor the fluidity and responsiveness of the controls over the wit of the game design mechanics, then playing Shenmue is a conceptual mistake.

Did you like the article? Share it!
Audio Video Shenmue 3 review
How to read the Unown alphabet in Pokémon Brilliant Diamond and Brilliant Pearl ❯