When Super Mario 3D world was unveiled to the public was not particularly striking, thanks above all to a rather clumsy initial presentation. Veterans from that mario galaxy that he had so much exalted in the epoch Wii, the newborn in the house Wii U he looked like a fish out of water. However, when he finally arrived on the market, he demonstrated, if ever there was the need, all the talent of the team led by Yoshiaki Koizumi. Super Mario 3D World was a concentrate of ideas and talent and was received with enormous favor by both critics and the public, despite the disastrous sales of the Wii U. To celebrate the XNUMXth anniversary of the most famous Italian plumber in the world, Nintendo decided to re-propose the title on Switch in a slightly revised and corrected edition. In addition to the adventure content already offered on Wii U, a substantial expansion has also been added: Bowser's fury. Is all this enough to justify the purchase? Let's find out together!

Super Mario 3D World represents a perfect meeting point between the 3D and 2D mechanics of the historic Nintendo saga. Defined by many as a Super Mario in 2.5D, it is a chapter that shows off a completely 3D environment by proposing more linear paths. This linearity, however, is not to be found in a lack of real exploration, as it was in Mario Galaxy, but in a virulent approach to the mechanics of two-dimensional Mario. The setting is the classic one of Super Mario World, complete with levels divided into worlds, time and flags. World after world, the umpteenth evil plans of our historical enemy, the well-known Bowser, must be thwarted.

Super Mario 3D World is the attempt to merge the two souls of the Nintendo platformer.

It is difficult to perceive the complexity of this platform only through the images (or videos). Unlike other 3D chapters (almost all of them), Mario 3D World does not captivate for its atmosphere. It's not an airy video game, like Odyssey. It is not a platform with bewitching dynamics, like mario galaxy. It is a fast-paced, dynamic adventure and, in particular, overflowing with ideas. There is never a level equal to itself and the classic settings of the series are reinvented in this new perspective (the 2.5D). The rhythms are tight and a very soft difficulty curve accompanies us world after world to discover the numerous game mechanics. Between a bucking in the saddle of Plessie, a more canonical level, 10-second mini challenges to overcome in sequence and the splendid researcher sections of Captain Toad, it is impossible to feel even the slightest sense of repetitiveness.

Difficult to find weaknesses in the gameplay of this chapter. Thanks also to those small tricks made on the Switch version, in particular with the increase in speed, the controls of the 5 playable characters are almost perfect. Each character has unique characteristics, which greatly modify the game times, especially in the more advanced stages. Moving from Peach to Toad, gameplay times often have to be recalibrated to readjust the pace and not lose lives. And in that, purists don't want it, Super Mario 3D World is much more a 2D platformer than a 3D one. And it is, probably, the true evolution of Super Mario World - fans of the New Super Mario Bros series don't want it.

The playful component of Mario 3D World borders on perfection.

Since many sections have been designed to be used primarily as a two-dimensional platformer, Mario and his companions' controls can only be managed on 8 directions. This solution is functional and elegant, as well as perfectly hitting the target. You will never have the impression of falling for a wrong perspective or a badly calibrated command; if you get this feeling, you may have to start thinking that you are not as good as you thought you were. In enhancing this type of gameplay, we don't want to put Mario 3D World on top of Mario Galaxy or Mario Odyssey. The three platformers are, after all, extremely different creatures. You can prefer one to the other, but you cannot remain indifferent to the playful cleanliness of Super Mario 3D World.

We completed the entire package 100% in just under 40 hours, collecting all sorts of collectibles and unlocking all stamps. 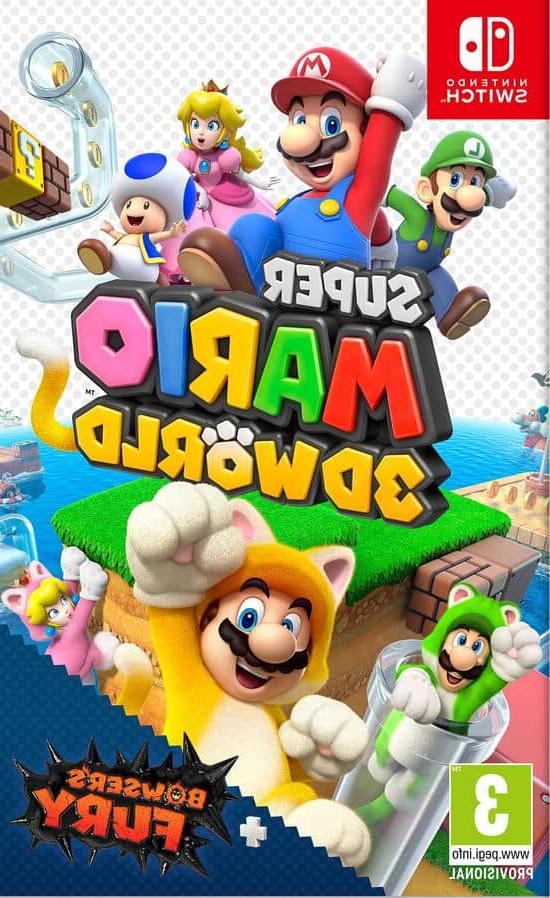 A video game for everyone

This interpretation of the “Mariesque” platform perhaps embodies the philosophy Nintendo. The stratification of the play sector makes it a video game for practically all types of target. The game can be completed on several levels: there are those who will be able to finish it in carefree without collecting all the collectibles or those who want to collect and unlock any level. For the latter category the challenge will be particularly demanding: the last world is among the most difficult challenges ever created in a platform video game. Nintendo hasn't forgotten multiplayer either: each level can be tackled up to 4 players locally (Or online and, version exclusive mode Switch). From this point of view, the Japanese hybrid guarantees extraordinary flexibility, considering that the joycons also support single use. The multiplayer mode is often chaotic, but it remains an extremely fun and rewarding experience.

An experiment for the future

It is useless to deny that the curiosity around this new edition was all focused around the new adventure Bowser's fury. Since its announcement, Nintendo has placed a special emphasis on this new content, leaving it shrouded in mystery for a few weeks. This rich expansion, which can be categorized as stand alone content, is a very valuable experiment that, once again, hits the mark. While reusing the 3D World graphics engine, the new package offers a very different adventure from the base game. A unique, vast world, which gradually opens up as the adventure progresses and which offers small themed worlds within it. Bowser's Fury is an even more ambitious attempt to merge the two souls of the Nintendo platformer. If in the exploration of the world the movement is fluid, at 360 degrees, as soon as you cross the portals of the sub-areas the focus returns to the two-dimensional dynamics.

Although the structure is that of an open world, Bowser's Fury maintains a marked focus on the 2D component.

The world is dynamic, pulsating and in constant transformation, not only because of the constant - but never frustrating - interruptions of the green lizard, which throw the world into a sort of dark chaos, but also because of the constant changes to the scenarios that make the collection of the solegatti stimulating and full of ideas. Like 3D World, Bowser's Fury is a concentrate of ideas with an even more experimental character. It is precisely this experimental character that leaves us stunned in the face of the lack of any flaws in the mechanics. The controls are managed perfectly, the level design offers a verticality seen perhaps only in some worlds of Super Mario Odyssey. Apart from some technical uncertainties, this shiny new content is a delightful addition that enhances a package that is nothing short of sublime.

Is it worth it?

Today it is difficult to imagine what the future of the plumber in three dimensions holds. Nintendo has shown over the years that it is strongly inclined to experiment without listening too much to the wishes of the fanbase. Today it is difficult to find a single Mario 3D equal to itself, and it is also complicated, as we mentioned earlier, to enclose them in a single comparative bubble. What he proposes Odyssey is profoundly different from the platforming idea of mario galaxy; Super Mario 3D World it is on an entirely different plane. Regardless of the proposed formula, however, one thing remains unchanged, namely the talent and passion of a team that for several decades has been reinventing and renewing a formula that is always fresh and absolutely winning. If you've never played Super Mario 3D World, this ralease is definitely the best way to get it back. For everyone else there is Bowser's Fury.

Eight years after the original release, Super Mario 3D World sports a highly respected graphics engine, which does not feel the weight of the years in the slightest. Perhaps the recycling of the usual settings of the 2D classics feels a bit too much, but admiring their re-interpretation in this new guise is undoubtedly attractive. Bowser's Fury goes even further, showing a dynamism of the environments and effects on the screen perhaps never seen in a 3D Mariesque-themed platformer. Too bad only for some technical flaws on the add-on package. In any case, nothing that really detracts from the experience.

Between old glories re-arranged for the occasion and new tunes that will haunt you for days, the music of Super Mario 3D World cannot help but break into your hearts. Unlike other occasions, however, there is a lack of a strong and disruptive main theme that takes on the role of representing the entire musical sector.

Years and years of experience have allowed us to show off a platform not only full of ideas, but all perfectly successful. Both packages in the offer offer hours and hours of fun and do so by offering a simply perfect control system. Despite the experimental character of Bowser's Fury, one is stunned by such a mastery in refining potentially very difficult gameplay. Super Mario 3D World is perhaps the highest peak reached by the Nintendo teams in terms of platforming perfection.

Did you like the article? Share it!
Audio Video Super Mario 3D World meets Bowser's fury
New World: everything you need to know about the Amazon Games MMO ❯