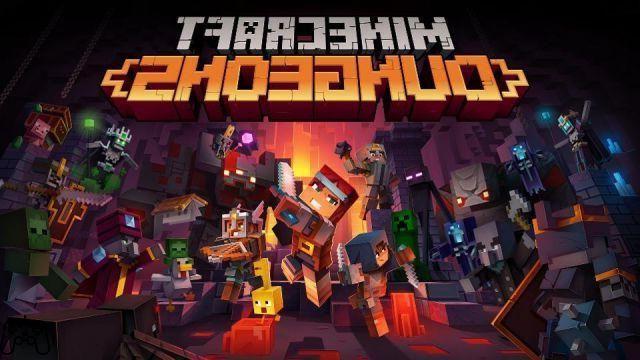 We already know that Mojang is against microtransactions in the Minecraft dungeons. The team has promised there will be no loot, lucky draws or paid player upgrades. What you get with the game is the only way to progress.

The essence of Minecraft Dungeons is exploring and upgrading your character. Imagine what would happen if Diablo or Patho f Exile included pay-to-win elements. Hopefully this happens with Mojang's game as well. Whether the team decides to include aesthetic microtransactions, we don't know yet. However, it wouldn't make sense. Especially since the original Minecraft managed to make a name for itself on a solid foundation of non-microtransaction.

Even without microtransactions, Minecraft Dungeons will include some form of paid content. There will be DLC in the game. The first two packages actually leaked a couple of days ago. The first Creeping Winter will introduce a new ice area and new equipment which we hope. The second, Jungle Awakens will follow the same pattern in a jungle setting.

There is no release of the next Minecraft Dungeons DLC. There isn't even an official announcement, so we shouldn't expect them anytime soon. Either way, it's reassuring to know that the developer team intends to keep the game clean of microtransactions.

Minecraft Dungeons hasn't seen its best yet. The game will reach its "final form" when cross-play arrives, allowing players across all platforms to play together. Such games need friends and they can play with friends regardless of their preferred platform. We hope Mojang prioritizes cross-play as soon as possible over the new DLC.

add a comment of Minecraft Dungeon to feature microstransactions?