Minecraft 1.15 update patch notes are finally here! The Buzzy Bees update has (rather surprisingly) finally brought bees out of testing and into Minecraft along with some other pretty cool improvements to the game. 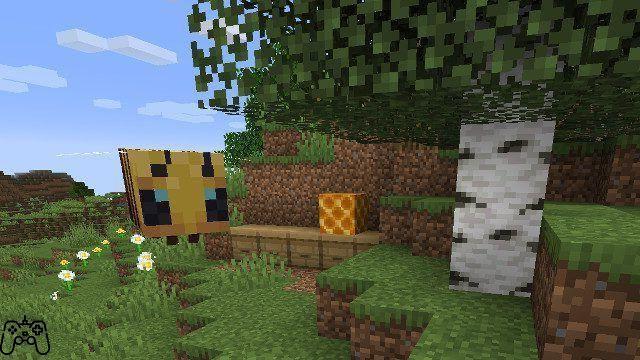 The obvious first highlight in the Minecraft 1.15 Update Patch Notes is the addition of bees to the actual game. Bees are neutral mobs (like cows or pigs) that are super cold unless you decide to spoil them. Then they'll hit you with their stinger and die soon after, monster. I also have good authority that they are adorable as heck.

The addition of Miele Block will be important to Redstone's engineers. On his own, he can slow players down by sliding off walls, walking on them, or jumping on them. Combine that with a sticky piston and you can make some pretty cool new machines (especially in tandem with Slime Blocks).

Distributors get some minor improvements in the Minecraft 1.15 Update Patch Notes - they can now refill bottles with water or honey, making them much more useful for crafting potions. They can also cut honey combs from bees' nests and hives and also properly eject empty bottles when they are not facing the water. 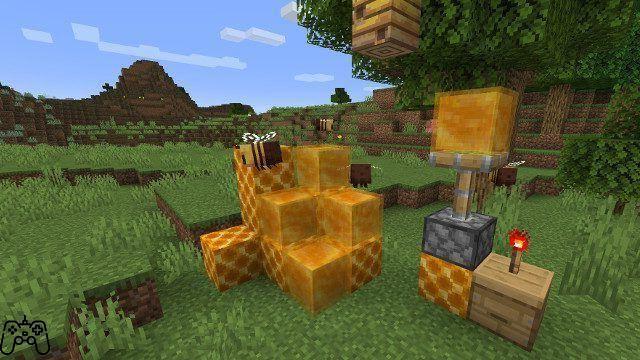 In real life, bees dance in their nests to show other bees where the flowers are!

Things from other editions of Minecraft have come to the Java Edition!

The entity predicate now accepts the player field, which controls player properties. It fails when the entity is not a player.

The entity predicate now accepts the team field, which is the team name.

Predicate now accepts a light sub-predicate. The object has an integer range: the light that corresponds to the visible light (max (sky darkening, blocking)).

The effect clear command is now automatically set to @s if no target argument is given.

The new selector parameter predicate allows you to apply your own custom predicate (defined in the predicates directory of the datapack).

The kill command is now automatically set to @s if no target argument is given.

The condition part of the loot tables can now be defined as a separate data package resource in the predicate directory.

New condition that controls the time of day.

Includes the condition defined in the datapack predicate directory, selected with the name parameter.

In an effort to facilitate game modding, we have decided to publish our game obfuscation maps with all future versions of the game. This means that anyone interested can de-obfuscate the game and orient themselves in the code without having to spend a few months figuring out what's what. Our hope is that mod writers and mod framework writers will use these files to augment their update processes they have today. These mappings will always be available, instantly and immediately as part of each newly released version. This does not, however, change any existing restrictions on what you can and cannot do with our game code or resources. Links to obfuscation mappings are included as part of the json manifest version and can be automatically extracted for a given version.
Prefix for each obfuscation map is the following legal disclaimer:

© 2019 Microsoft Corporation. All rights reserved. This information is provided "as is" and you assume the risk of using it. This information does not give you any legal rights to any intellectual property in any Microsoft product. You may copy and use this information for internal reference purposes. Microsoft makes no warranties, expressed or implied, with respect to the information provided here.

Few loot table feeds and predicates that used lock state properties (location, property_block_property, send_block, place_lock) can now match ranges (replacing single value with {"min": ..., "max": ...}) .
Also, the block type is now optional in these predicates, so for example it is not possible to match any crops with age properties in a certain range.

Minecraft Enderman mod | How to get Enderman's powers