Vanilla Minecraft it is harmless and potentially even educational. However, giving players the freedom to edit may have been a mistake, as evidenced by the NSFW Minecraft Jenny mod. Jenny is a virtual girl that players can download and pay for to perform adult acts within the game.

Who is Minecraft Jenny? 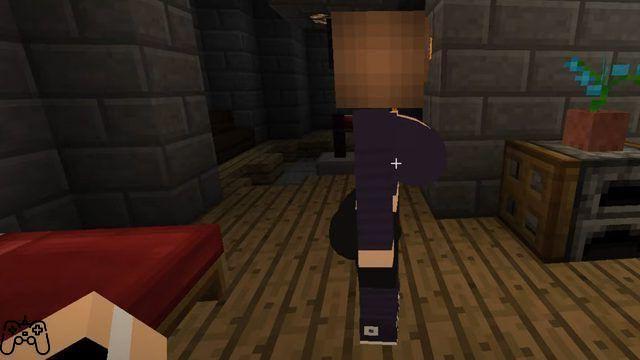 Gamers can download Minecraft Jenny mod on PC to get virtual girlfriend in game. This Minecraft mod is NSFW in that it features simulated adult acts between Jenny and the player.

Modders are able to purchase various services from Jenny using in-game currencies, which take place with custom animations. Just to reiterate: this download is unofficial and absolutely not suitable for children. It's also only available in the PC version, so there's no risk of exposure for Xbox, PlayStation, Nintendo Switch, Android, and iOS users.

Minecraft features thousands of mods, the content of which is mostly innocent. As with almost everything on the Internet, however, there are those that cater to adult outlets. This isn't inherently bad, even if it means parents need to closely monitor their children's playtime. While Minecraft is safe for most ages, a small tweak is all it takes to completely change it.

Minecraft introduces new characters to the game in an official capacity, albeit not alike, not even close. Recently, Sonic the Hedgehog and co. joined Mojang's survival sandbox. The Sonic x Minecraft DLC adds tons of new skins, along with some platforming levels inspired by the classic levels of the SEGA franchise. There is also some Minions downloadable content, featuring iconic characters from the Despicable Me movie series.

In other news, LEGO and Marvel are teaming up on a set of sweet new Disney Plus minifigures. Ecommerce giant Amazon may also start accepting cryptocurrency payments. This could come in handy for buying a new game console, as several US states are effectively banning gaming PCs.