The idea and the will to bring the beloved Game of the Year 2015 up Nintendo Switch it turned out to be more interesting than expected because, despite the fact that a large part of the public has already stripped it for hundreds and hundreds of hours, the fact that such an important title arrives on portable consoles is already in itself news.

We had already mentioned our first impressions following a field test but today, we are here to tell you all about this port and to try to answer the question: is this version worth buying?

Create a version of The Witcher 3: Wild Hunt that it was compatible and executable on the Nintendo Switch must certainly not have been an easy task and to get to this result, the developers had to compromise with what is the hardware and the computing capacity of the console. First of all, a nice cut was given to the overall weight of the game which, including all the published DLCs and the two expansions, is around 32 gigabytes and which, speaking of resolution, counts 720p when run on TV and 540p in portable mode.

In short, numbers that taken in this way cannot help but turn up the nose of those who read them but which, in reality, have in part another flavor. But let's be clear and let's do it in a preliminary way: in general and especially during more chaotic or frenetic moments, the porting reveals the side to a whole series of graphic imperfections, which pass from flat and low quality textures to a lighting system that dulls and not a little the charm of the fantasy world developed by CD Projekt RED. The views that previously could be appreciated during long rides with our Rutilia now appear almost out of focus, dull and certainly less captivating.

But fortunately, the charm of a mammoth game like this does not lie only in a mass of polygons, lights and colors but can also be found in the films, in the story that is carried out and in the intriguing characters that alternate before our eyes in the adventure course. In this, the magic of the world of The Witcher 3 has remained almost intact and it is possible to enjoy all the scenes outside of the gameplay with a level of quality that is certainly higher and more appreciable than the one played and in any case enjoyable in an absolute sense.

I have eyes only for you

At this point you might ask yourself: “but then, what is the added value of this version?”. Well done, thank you for the question. In a market that offers graphically superior versions, probably better optimized and certainly lower prices, what should push the purchase on Switch? The only answer can only be the versatility of the portable game, the possibility of approaching and experience the adventure wherever you want. It is therefore no coincidence that Nintendo's marketing, in this and other cases of third-party titles arriving on the Switch, builds a narrative around this 'unique selling proposition' and tries to differentiate itself mainly in this sense. My role here, however, is to try to give answers and one of the most persistent doubts that I also had before approaching the game concerns the convenience, let's say, of using it in portable mode.

Although every smudge of judgment is the result of the subjectivity of each of us, in this case more than ever it is necessary to underline that there cannot be a single answer to this doubt. Play The Witcher 3: Wild Hunt on Nintendo Switch it is an experience that you may or may not like, everything is probably in your habits as a gamer. If you are used to a very high level of detail and maybe play on PC, you will probably not be able to enjoy the game because you will be constantly distracted by the fruits of a marked pop-up effect, faded textures and darker color tones and faded. I do not hide the fact that I too, who have always been a console player, initially found myself a bit difficult in focusing on the game system rather than on the graphic consequences of a ride on a horse.

Fortunately, however, in finding a meeting point between the possibilities of the game and those of the console, the developers have carefully considered their choices to ensure that the user experience is as coherent and enjoyable as possible. This translates into a decrease in the overall graphic quality, as we have already said, but also in a good degree of reliability of the gaming experience that still appears rather fluid and does not stumble during fights or the most delicate and potentially frustrating moments for the game. 'user. And in this sense, it is possible to enjoy every moment of the adventure with joy and transport, getting lost in the exploration of the game world and letting go, mission after mission, to the life of a witcher.

CD Projekt RED brings the full version of The Witcher 3: Wild Hunt to Nintendo Switch, including all the DLC released and the two expansions, Hearts of Stone and Blood & Wine. 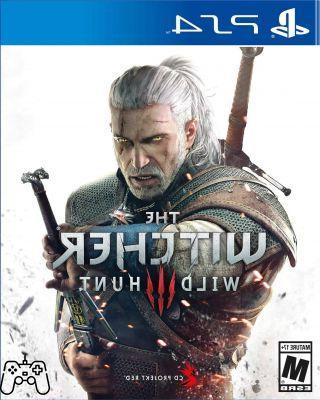 Net of sometimes too long uploads, the gaming experience as a whole proves that it has not aged in recent years and that it can still amaze the players, revealing an adventure full of surprises and still endowed with great charm today or reviving different emotions to those who, like myself, spent more than a hundred hours playing on consoles at the launch of the title in 2015.

Graphically flatter and faded than the PC and console counterparts but still enjoyable, as long as the technical sector is neither the first nor the second priority you are looking for in your game.

The gameplay of The Witcher, with all its strengths and weaknesses, hasn't aged at all badly and is still capable of delivering quality entertainment to users. For longer sessions, it is still advisable to use the Pro controller over individual Joy-Con.

Did you like the article? Share it!
Audio Video The Witcher 3: Wild Hunt – Complete Edition, è quasi magia Switch!
Streets of Rage 4 - The Review ❯