In May 2010 Xbox 360 owners received a ticket for a one-way trip into the dark world of Alan Wake. A ticket that led them to discover Bright Falls, a small American town suspended in time and located in the mountains. Dense woods, wooden buildings and a community as united as it is disturbing are the backdrop to the events of this magnificent videogame work. Despite the passing of the years and a gameplay, even then, with more than a few problems, the title has remained in the hearts of many fans. Fans who have clamored for a return of the American writer and who were satisfied by the Finnish software house only with the release of Control.

Well, two years after the release of the aforementioned title starring the splendid Jesse Faden, Remedy Entertainment has decided to bring Alan back to the stage, with the aim of making it known to the new generations.

After spending a busy week in the writer's company, we are finally ready to tell you about Alan Wake Remastered. A title which, for the writer, has a very special value, but which will not in the least influence our final judgment. If you are curious to find out if it is worth holding the torch and diving into the mists of the woods, all you have to do is keep reading.

THE IMPORTANCE OF AN UNFORGETTABLE STORY

From a narrative point of view, Alan Wake Remastered adds nothing to the original work and the two DLCs released later. Not that this is a problem, of course. As soon as the application of the game is launched, it will only take a few seconds to slowly sink into the gloomy and autumnal atmosphere of Bright Falls.

For the uninitiated, the story tells of a writer who, in full creative block, decides to spend a holiday with his wife in a (very little) charming town in the mountains. In a matter of hours, the situation escalates very quickly, throwing Alan into a whirlwind of madness, mystery and darkness. We don't want to say more so as not to ruin the experience for all those who have not had the opportunity to play one of Remedy's flagship titles. Suffice it to say, however, that that's not all the story boasts an almost perfect rhythm and an extremely charismatic protagonist, but that the plot features some truly superfine writing moments. The Finnish company's ability to blend narrative design with sound design is something truly commendable, which we have rarely seen in other productions.

If you love Stephen King stories, you will find in Alan Wake Remastered a little jewel able to shine with its own light. A light that could serve you precisely to eliminate the dangers that haunt Bright Falls.

The adventure can be completed in about ten hours, with the addition of another three hours for the two additional content that continues the story after the credits. "The signal" e "Writer", in fact, not only are they fundamental for understanding the game plot, but they still leave the door open to a sequel. Continuation that we are still waiting for, but which could now be around the corner. After all, the whole commercial move to refresh the minds of the public with this Remastered seems to want to lead to an Alan Wake 2 in step with the times in all respects.

A BEAM OF LIGHT IN THE DARKNESS

If we cannot complain in the slightest about the narrative sector, we cannot say the same about the playful side. As early as 2010, Alan Wake suffered from excessive repetition, even if starting from an extremely interesting mechanic. In fact, the writer will find himself having to explore dark areas armed with his own torch. Enemies, humans or objects possessed by the Dark Presence, will be protected by an evil aura. To be able to hit them with the various guns at our disposal, we will first have to remove this bizarre defense of theirs. An action possible thanks to the aforementioned torch and other luminous elements scattered around the game maps. This (excellent) basic idea, however, lends itself to a not always exciting gunplay and a repetition of situations. Not that this is a problem capable of completely damaging the gaming experience, but it is certainly the weak point of the entire production.

When we are not exploring dark areas with the aim of traveling from point A to point B, our main activity will be to collect all collectibles. Throughout the adventure, we will find a series of pages from Alan's as-yet-unwritten novel, some of which are available exclusively at the highest game difficulty. Of a very different nature and thickness, however, are the coffee thermos and the pyramids of cans, which add nothing to the story. However, this is a good reason to carefully observe each area, in the hope of obtaining all the trophies / objectives necessary for the complete completion of the work.

As you have been able to read, the gameplay of Alan Wake Remastered has also remained unchanged from the past. It must be admitted, however, that the switch to 60 frames per second of the PlayStation 5 and Xbox Series X versions | S allow action scenes to be more readable and, consequently, enjoyable.

LIGHTS AND SHADOWS OF THE REMASTERED

Precisely as regards the technical side, this Remastered has not been able to convince us completely. Although the polygonal models of the characters are now much more defined and the lighting system has improved in several respects, the title never manages to really shine. This is especially evident during the cut-scenes, which show all the animation and stiffness problems of the characters. A rigidity that, especially in facial expressions, can sometimes be downright unpleasant. Inexplicable, then, some frame drops in the various game videos, which are the least refined element of the game.

Impeccable, however, the sound sector. The splendid soundtrack of Petri Alanko merges with the songs of Poets of the Fall, who in this title interpret a fictional group called Old Gods of Asgard. Furthermore, at the end of each chapter, there is a different song that helps to convey the typical mood of the TV series, a language with which Alan Wake really has a lot in common.

As we are crazy lovers of Remedy's dated 2010 production, we have purchased all versions of Alan Wake Remastered available on the market. The review was written taking into consideration both the PlayStation 5 and the Xbox Series X versions. The differences between the two copies are, in the end, really unnoticeable. 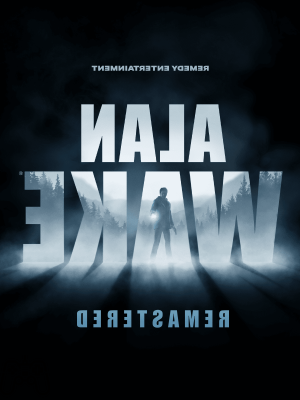 Alan Wake Remastered is the imperfect transposition of an imperfect title. Despite this, Remedy Entertainment's work remains an adventure that everyone should experience once in their lifetime. The superfine storytelling e a unique atmosphere of its kind make this first episode dedicated to the American writer a real must have. It is also undeniable that devs have made an effort to technically update their work, although they have not been able to do so entirely. Given the convenient launch price (just under thirty euros), however, we recommend that you retrieve Alan Wake in this new iteration. All in anticipation of the second chapter, which could be closer than you might think.

From an aesthetic point of view, Alan Wake Remastered is certainly a clear step forward compared to the work of 2010. At the same time, however, the polygonal models of the characters proved to be very poor in the animations, preventing the "actors" from transmitting to the 100% your emotions. In any case, the work done on some textures and on ambient lighting is undeniable, which allowed the title to make a leap forward by at least a generation.

From a sonic point of view, Remedy Entertainment's title is just perfect. Petri Alanko's soundtrack elegantly highlights each narrative passage, while Poets of the Fall enrich the whole with atmospheric songs. An excellent Italian dubbing still closes the circle after ten years, with a magnificent Alessandro Zurla in the role of the American writer.

Alan Wake's gameplay has aged and, especially nowadays, there are some elements that can hardly still be accepted. Despite this, the game is still fun and rewarding. Impossible not to notice a marked repetitiveness of the background, but the continuous variation of settings pushes the player to constantly desire to discover the next area, keeping the pad firmly in his hand.

Did you like the article? Share it!
Audio Video Alan Wake Remastered, bentornati a Bright Falls!
The Complete Walkthrough of Ben 10 Ultimate Alien: Cosmic Destruction ❯