What are Minecraft shaders? Minecraft has many things in its favor: infinite replayability, extremely varied gameplay, and an online game that is constantly changing and improving. Where Minecraft falters compared to other modern games is its graphics. Fortunately, as with everything Minecraft related, graphic fidelity can be changed in an incredible way with the help of Minecraft shaders.

From photorealistic lighting to mysterious motion blur, shaders can bring your Minecraft experience to life. Each Minecraft shader has its own unique qualities, whether it's injecting some serious style or providing a boost to basic Minecraft visuals without too much lag. So, in order to orient you towards crystal clear views, we've put together a collection of the best Minecraft shaders.

Getting a Minecraft shader or shader pack up and running is a fairly straightforward process. Before you start trying to install a shader pack, we recommend that you download and install Forge or Optifine. Note that these aren't always up to date, so your options are limited if you want to run shaders on the latest version of Minecraft. Likewise, you need to make sure that any shaders you are downloading are for the same version of Minecraft you are running.

How to install Minecraft shaders

In case you need to locate the folder yourself to install one of these programs, simply click on Cortana's search bar and type% appdata%, then sign in. Then, look for the .minecraft folder, click on it and now drag and drop Forge or OptiFine into the "mod" folder.

You now have everything you need to run Minecraft shaders. The installation process is no different from the others, except that you will want to put the shader packages in the "shaderpacks" folder.

Here are the best Minecraft shaders: 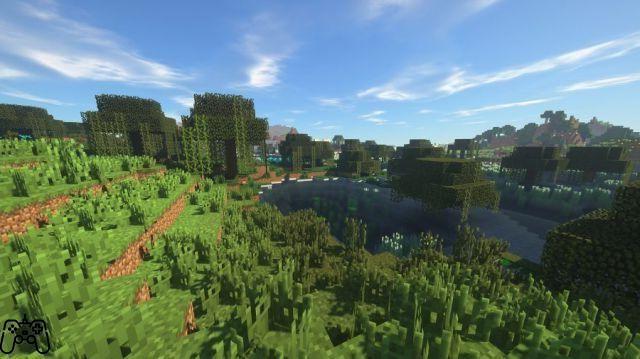 SEUS is the Minecraft touchstone shader pack for anyone who wants to feel like they've stepped into a completely different game. Referred to as SEUS for short, this pack is a modification on another much loved shader pack and as such will have your Minecraft world looking as good as you can ever expect. Soft natural lighting, rain that adds a glossy sheen to every surface it touches, procedurally generated clouds, and more await you. Plus, it's always being updated, with a recent version providing players with a faux Minecraft ray tracing effect, which is simply amazing in action.

There are several versions of SEUS available, but we recommend purchasing SEUS Renewed, which has loads of options and minimal impact on your PC. 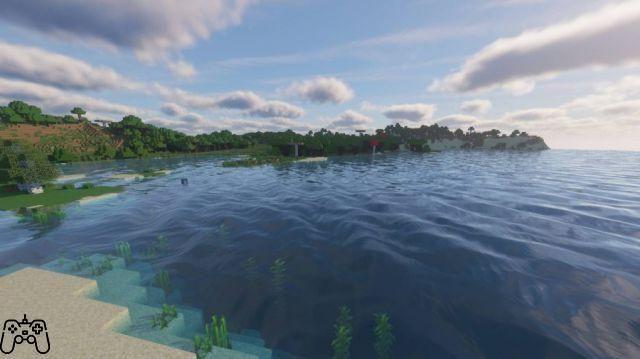 Continuum was once the Minecraft Sistine Chapel shader, but now it's just the default for realistic graphic mods. Upon installation of this shader you will be greeted with photorealistic lighting effects: shades of color through the sky box, realistic clouds and shadows that adapt in shape and angle with the position of the sun. Everything here is top notch. Unfortunately, such results come with the caveat that you need a powerful implant, but when visual fidelity like this is at stake, it's worth it. A Lite version is also available if you consider upgrading your PC for the sake of running a slightly excessive Minecraft shader. Wuss. 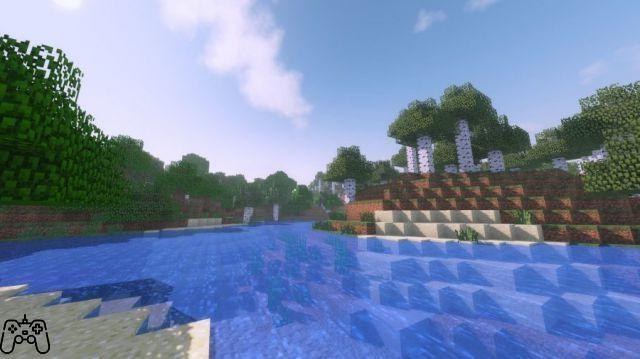 KUDA Minecraft shaders bring a number of noticeable improvements to natural lighting in Minecraft, but the greatest strength of this shader is its gloriously enhanced sunbeams. Similar to those benevolent beams of light that seem to only get in the less sociable hours of daylight, the KUDA shader turns any rural scene into a masterpiece. There's also an impressive depth of field effect, making it a solid shader for Minecraft artwork and screengrabs from your latest Minecraft builds. KUDA strikes a nice balance between soft and realistic, and it's not too demanding either. 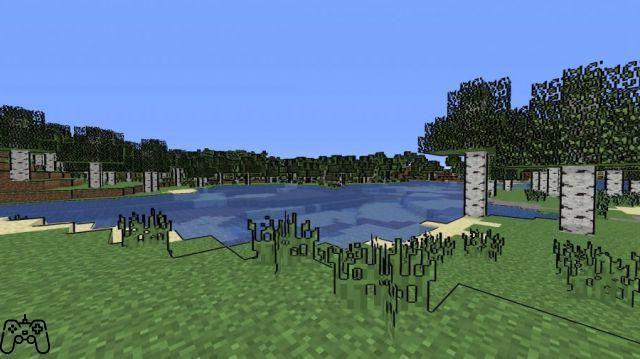 Add some crisp, fun visuals to your work with this border-inspired, cel-shaded look. Naelego's expertly crafted shader introduces bold colors and sharp edges to emulate the look of a classic comic or cartoon. There is one big caveat though: this shader isn't optimized very well and it huffs and snorts if you're flying in Creative mode. 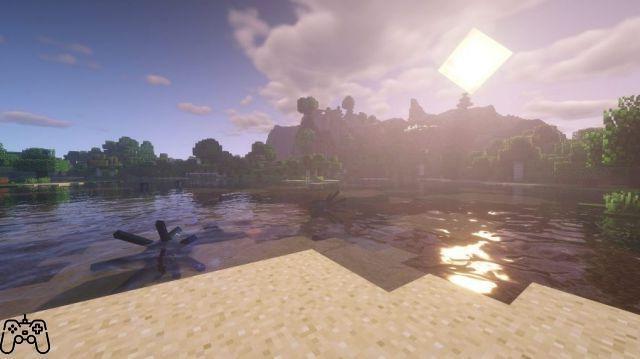 BSL Minecraft shaders offer some of the best visual effects you can get in the game without breaking your rig. The lighting is warm and welcoming, the water is realistic without contrasting too much with the blocky environment, and there is a tangible atmosphere everywhere you look. While BSL and SEUS are both great all round, but if you're looking for a slightly more realistic shader, BSL is for you. 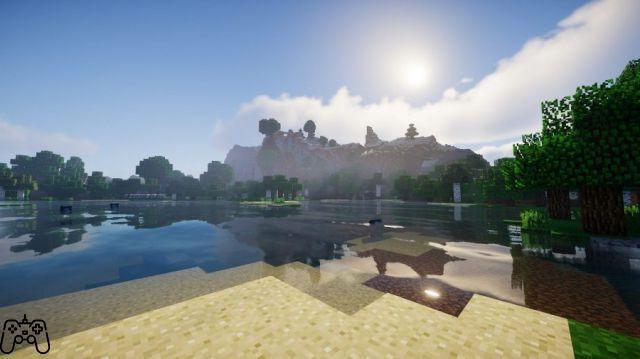 Crisp, clear graphics with beautiful water effects and bright lighting - Chocopic13's Minecraft shaders are sure to look good. However, one of the main reasons to try this shader is that it comes in a range of versions based on which rig you have, from extremely fussy to toaster level. The bottom end isn't quite as far off as recovery, but for almost no performance impact it's hard to beat. 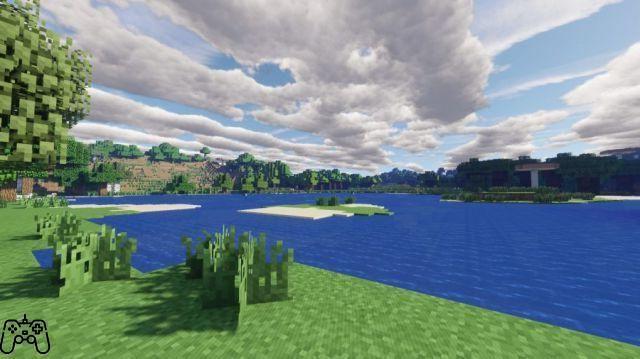 The Ebin Minecraft shaders were inspired by SEUS, although out of the box they look very different. The most noticeable change is that the clouds and foliage are incredibly lifelike, but there are some subtle visual enhancements pretty much everywhere you look. It's a little intense on your hardware, but can you really put a price on the Minecraft modification? 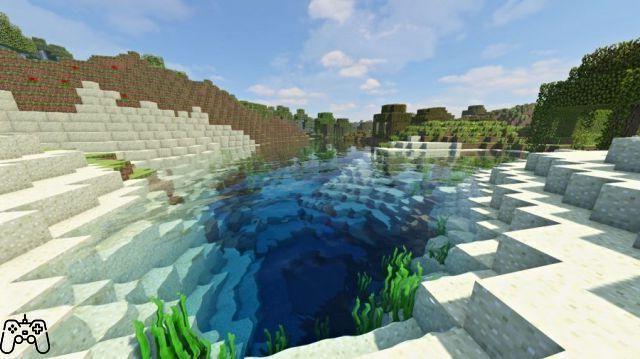 ProjectLUMA is the true successor to KUDA, rewritten from the ground up to offer the best possible graphics for the least possible impact on performance. The result is amazing, even if it's not the same as KUDA (so we've included both of them on this list for good measure). The effects of water, coloring and shading are stunning and do not affect gameplay in any way, unlike a realistic mod like Continuum. Also, skyboxes must die. 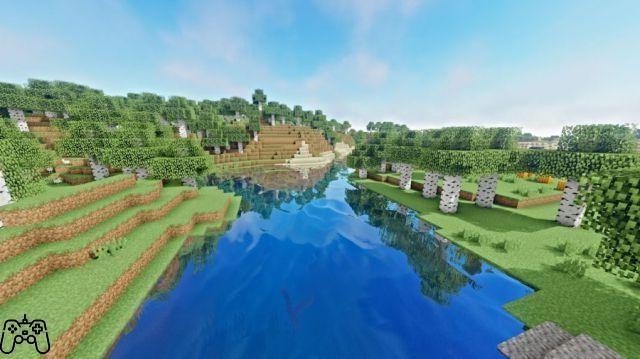 No Minecraft shader can make water as irresistibly refreshing as Ocean. You will want to do nothing more than sail a boat watching the smooth waves lapping the shores and gazing deeply into the Spanish blue tint. Outside of the water effects, Oceano also manages to bring the rest of Minecraft's color palette to life with fresh, bright colors and soft shades. This is the quietest shader out there. 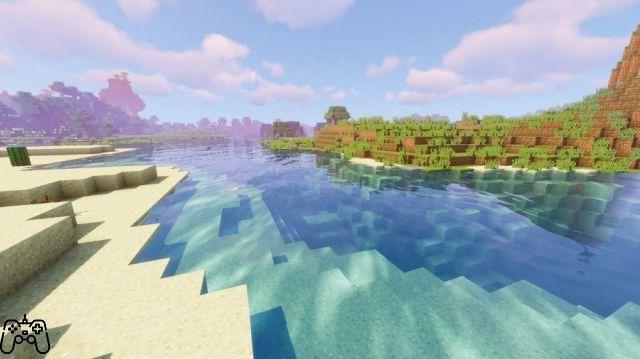 Sildurs is another classic, but still offers a lot for the budding graphic tweaker. On the high end you can get the Vibrant shader package for extreme rigs, which revisits Minecraft lighting technology to add the holiest volumetric lighting imaginable, some gorgeous reflections, and bloom effects. Alternatively, there's the advanced default shader pack which has some neat effects and can be adjusted low in case your rig looks like a potato with some jump leads attached to it. 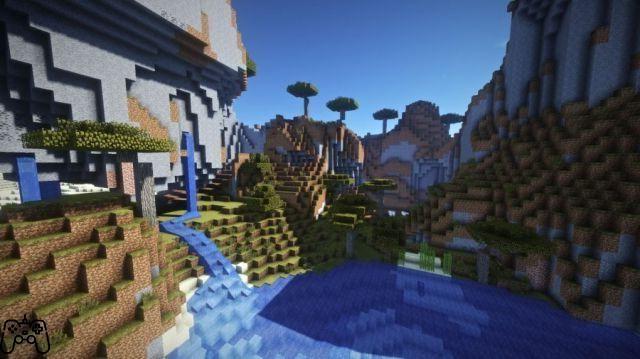 Short for too many effects, TME Minecraft shaders pack lumps in more graphic tricks than your PC is ready for. This isn't a low spec rig shader pack, but if you can run it with most of the settings turned up, the results are amazing. Reflections and surfaces are arguably TME's strongest asset, but it's worth noting that clouds are gorgeous too. 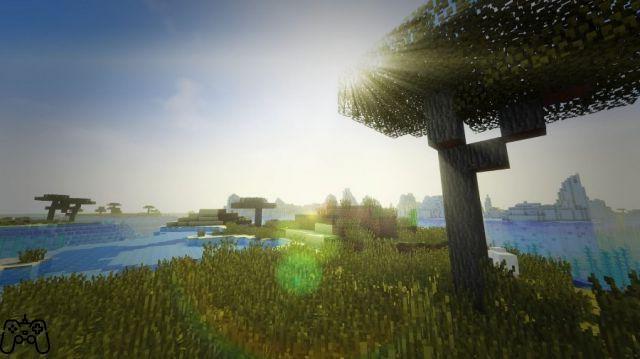 While most will rightfully report the impressive shadow work in this shader, it's the water effects that deserve its inclusion on this list of the best Minecraft shaders. The color, sweet waves, and true sense of depth are hard to beat and work on virtually any PC. The lighting and shadows are at their best at night and make it truly terrifying to encounter a skeleton archer in pitch black.

And there you have it, the best Minecraft shaders to update your graphical perspectives. These are great if you want to give your favorite Minecraft maps or cool Minecraft houses an extra vibe. The classic pixel-and-pixel block style of the original will no doubt strike a bit of nostalgia in some, but turning things around and trying something weird is what Minecraft is all about.