Call of Duty: Warzone: will the Verdansk map return?

A new chapter in Call of Duty: War zone is about to begin, as the beloved Verdansk map is replaced by Caldera. The farewell celebration to the original map, called Last Hours of Verdansk, seems to close the door on this chapter of the successful battle royale. Of course, nostalgic fans are sad to see Verdansk leave. Will the map return in future Warzone updates? We have all the details.

Will the Verdansk map return to Call of Duty: Warzone? 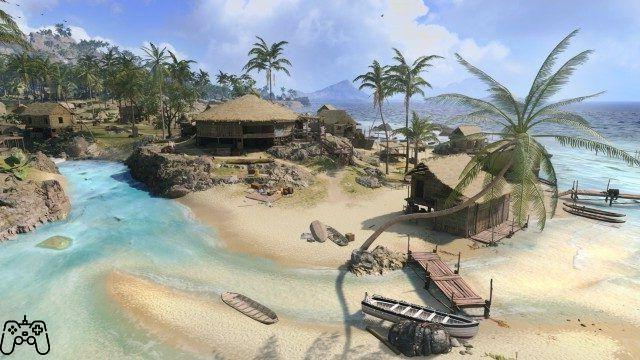 At the moment, it appears that the Verdansk map will not be returning anytime soon. This is a permanent Warzone map change, so don't hope for anything.

Yes, due to the scale of the Last Hours of Verdansk event, it is logical to assume that we will never see it again. While this may be sad to some, it makes sense as the map hasn't changed since Warzone launched in early 2020. The release of Black Ops: Cold War brought the Rebirth Island mini-map. However, the new Caldera map appears to be a full-time replacement for Verdansk.

Of course this does not mean that we will never be able to defeat enemies in Verdansk again. The map may someday return as a limited-time mode full of nostalgia, for example. That said, it will take a long time in the future, as Activision doesn't want to downplay the move to Caldera. This new map is the exact opposite of Verdansk, filled with sunlight, lush greenery, and brand new vehicles.

While this might be goodbye to Verdansk, we all know how much games love to focus on nostalgia. With that in mind, we may see a comeback down the line, but it won't be anytime soon.

For more information on Warzone, we have details on how to get the Caldera map early, as well as details on a future Nintendo Switch release date.

Audio Video Call of Duty: Warzone: will the Verdansk map return?
All the rewards of Season 9 of the Battle League in Pokémon Go ❯

add a comment of Call of Duty: Warzone: will the Verdansk map return?