Catherine: Full Body, review of the remaster of an Atlus cult

Generally when a wine with the right characteristics ages it tends to improve its taste. Atlus treated his cult video game, Catherine, just like a fine wine and decided to bring it back in a more full-bodied version, with Catherine: Full Body. After careful tasting let's see if Catherine: Full Body has aged properly.

The narrative and gameplay premises of Catherine: Full Body are almost the same as the version released eight years ago, with some additions to give new life to the title. Vincent Brooks is a guy who has trouble turning his life around and wishes things would never change. When his fiancée Katherine starts talking about marriage and wanting to have children, Vincent finds himself torn between what he wants and what people expect of him. To further complicate matters, a seductive and mysterious girl, named Catherine, pushes Vincent to betray his girlfriend, and the mysterious nightmares that torment our protagonist. During the day Vincent must juggle Katherine and Catherine and decide what to do with his future, while at night he must survive the nightmares in order not to succumb to a mysterious curse that strikes men who betray.

These two aspects of Vincent's life carry over entirely to the gameplay as well. During the day the player watches the story unfold, while in the evening, at the Stray Sheep (the bar where most of the events of the narrative take place), he can talk to Vincent's friends and the other patrons of the bar, to hear their stories and make some choices capable of altering the moral balance of the protagonist and thus also direct the course of events. At night, nightmares manifest themselves in the form of towers to climb, moving cubes of different kinds to create paths and thus be able to reach the top. This approach pushes us to exploit ingenuity, rather than a sort of real manual skill, to cope with every situation that arises during these arduous climbs.

On the one hand, the player's intellect is tested, while on the other his moral fiber is tested, thus creating an excellent combination of narrative and gameplay, still valid today.

It can be said that on the one hand the player's intellect is tested, while on the other his moral fiber is tested, thus creating an excellent combination of narrative and gameplay, still valid today. In my own experience, for once, I wanted to choose the path of totally negative karma, yet with every betrayal or deplorable action towards Katherine I couldn't help but feel guilty towards her. The need to apply myself to solve the puzzles and the well-executed storytelling they were able to make me wonder if I was following the right path, although I already knew the story and this was an event that was able to impress me a lot.

To further strengthen this bond between Vincent and the player, there are the new animated scenes, concerning the past of Vincent and Katherine. These scenes recall some moments of their life together, before the events of the game, thus giving greater depth to their love story than it was in the past. Less successful, however, is another addition of Catherine: Full Body, linked to the story, that is, the new flame of Vincent, Rin. In herself Rin is an interesting character, but her interactions with Catherine's original story don't work as well as they should. Witnessing the events related to this new character I have had mixed feelings on several occasions, divided between the appreciation of the character and the feeling that he did not have much to do with the events narrated.

In addition to Rin's story, some new endings have been added, for both Catherine and Katherine, thus convincingly expanding the possibilities available to players. In my adventure I decided to pursue just one of these new endings with Catherine, remaining not a little satisfied, exactly as if it were one of the original ones of the experience. Also interesting is the addition of the two new "sheep" in the nightmares, with which Vincent can interact. Being brief isolated interactions, like those with other sheep, you don't feel the weight of having been inserted later.

Also from the point of view of gameplay and content there are some interesting news, such as the new remix mode of the story, useful for those who have already spent many hours on the title and are looking for a new challenge. In this mode, there are larger special blocks, which must be moved in their entirety, thus forcing players to change their approach to puzzles. After completing the campaign in classic mode, I wanted to repeat the story (to unlock one of the other endings) with this mode, and I could see how fresh it was, despite having just completed the campaign in classic mode.

In addition to the new remix mode, the developers also wanted to include an online competitive mode to allow players to showcase their climbing skills against matchmaking opponents. I tried to face a few games in this mode, but I could only see the goodness of the idea behind it and nothing more. Most of the time I had to wait long lines to find a match and as soon as I could find one the experience lasted at most a minute before my opponent started suffering heavy lag problems, and then inevitably crashes. After several attempts I found myself forced to give up as the situation was starting to get annoying.

From a technical point of view, a significant improvement can be noted with regard to the lighting of the rooms and the resolution in general. Some environments, such as the refreshment areas between one climb and the next, have been taken up and enriched with details. Of course it is not a miracle or anything else, but it is still a really well done job, able to embellish this re-edition.

Catherine: Full Body is a reissue of the Atlus classic, Catherine. Not only the technical sector of the title has been improved, but various contents have also been added, both in the story (with the addition of Rin and different animated scenes), and from the point of view of gameplay (with the remix mode) 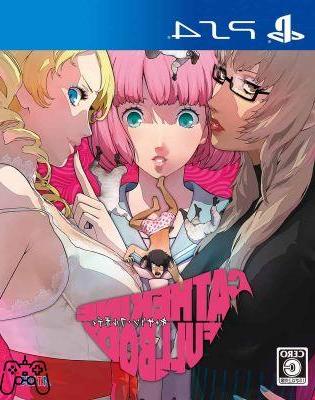 In conclusion, we can say that Catherine: Full Body not only brings back a game that has aged well, but enriches it not a little. The story doesn't lose its charm despite the passage of time, and scenes from Katherine and Vincent's past do a great job of delving into the romance between the two. Less successful is the inclusion of Rin, who seems almost a forced character into the story, rather than a well-studied addition. The gameplay is still fresh and fun, both in its classic mode and in the new remix version, which also offers an interesting new point of view on the puzzles of the game. Too bad for the online mode which could have been fun, but on balance it seems difficult even to finish a game session.

Excellent work on resolution and lighting of the title. Many critical issues in the technical sector have been revised and improved to offer a better experience than it was in the past.

The English dubbing and the soundtrack are always of the highest standard. The new dubbed scenes have the same quality as those already in the title, and even the new songs (including some pieces from the Persona series, which can be heard at Stray Sheep) are quite interesting.

The marriage between the enigmas of climbing and the moral choices that guide Vincent's story is still very interesting. Good the inclusion of the new remix mode that refreshes the title, much less successful the online mode.

Did you like the article? Share it!
Audio Video Catherine: Full Body, review of the remaster of an Atlus cult
The Complete Walkthrough of Broken Sword: The Angel of Death ❯

add a comment of Catherine: Full Body, review of the remaster of an Atlus cult