Night in the Woods

In the independent scenario many times we see the birth of little gems that use the video game in such a creative way as to leave us speechless. During that flourishing year that was 2017 for the gaming industry, we received several pearls created by young studios made up of enterprising developers with revolutionary ideas. Among them, the recent Night in the Woods certainly stands out, an excellent graphic adventure created by Infinite Fall and Secret Lab.

The title in question offers us an extravagant vacation within Possum Springs: a charming town populated by anthropomorphic animals that is vaguely inspired by the rural realities of America, surrounded by greenery and with deep-rooted scout traditions. With a style that is very reminiscent of The Fantastic World of Gumball, we will play the role of the cat Mae, returned to the city after giving up her studies at a prestigious college. From the first moment we set foot in the local train station, we will find ourselves almost as lost as our heroine, who has ended up in a place that has radically changed after so many years.

The change - internal and external - and the discovery are the two cornerstones of the experience proposed by Night in the Woods, both in terms of gameplay and purely narrative. Everything we have to do during the game can be reduced to exploring the environments and the various characters that inhabit the city, almost as if we had just moved to that village in the forest. Although all these elements may recall a simple Animal Crossing in the first hours of our adventure, we soon realize that we are in front of a very reflective work, able to talk about decidedly strong arguments and serious despite the predominantly humorous appearance, even caricatured at times.

The "main" story, which can also be followed without too many detours, is mainly based on some mysterious and disturbing events that begin to wind through Possum Springs; coincidentally just as Mae makes her triumphant return to her neighborhood. Playing as detectives, the kitten and her friends will be involved in a great drama that blends the supernatural dimension with the purely criminal, a union often seen in this genre of plots based on the adventures of a group of teenage stars and stripes.

This is in summary the red thread that pulls the strings of the plot, but Night in The Woods offers so much more, using a huge web of ramifications and stories, so big that it builds an ecosystem like that of a real city. This is quite evident especially with regard to the inhabitants, who have unique personalities capable of providing a narrative that leads us to learn more about each individual citizen. The particular to underline in this instance is that the developers have used this feature to talk in depth about various serious problems that afflict the world of adolescents or the transition to adulthood. By harnessing the different figures and stereotypes present in modern society, Infinite Fall has given life to a long line of extras who go far beyond their roles to transform themselves into embodiments of emotions, moods and sociological issues.

Through the cartoon facade and the jokes from Cartoon Network, food for thought is constantly being felt. When, for example, we reconnect with our childhood friend, an alligator named Beatrice, we will have to deal with a family destroyed by the loss of the mother and with the economic burden that this mourning has imposed. As funny as it can be to see a cat and a crocodile arguing in a ramshackle room, the heavy words of outburst that the friend will throw up on us will be even more impactful precisely because of the absurd contrast with the light and lively aesthetic that surrounds it. .

Night in the Woods is chock full of similar moments, balanced however by other purely fun ones that often take advantage of the help of small contextual minigames. However, it is almost impressive how the game led me to pining in almost unsuspected moments, stopping the music and leaving only the sound of the words read in my mind. Day after day, constantly listening to the problems of various citizens and friends, I was led to become so attached to it that I was moved in a few moments. On an emotional level, the work of Infinite Fall is completely capable of touching the most painful keys of human feelings despite its parody graphics. He even ventures to deal with strong topics such as homosexuality, cancer and the elaboration of mourning, themes that hardly find space in cartoonish worlds of such a mold.

In this particular intense duality mechanism between laughter and tears, our protagonist is the champion chosen to fully represent this particular condition. For most of the game, we will have clues to the problems that led Mae to drop out of school and what her past was. The relationship with the family is irretrievably cracked despite the smiles to mask the cracks, as well as that with friends found after years and years. This break with reality is the result of the kitten's persistence in wanting to go back to the times when nothing had been ruined, to simply erase bad things and have fun every day without thoughts, lulled by childish innocence. Work, family, dramas, everything should have taken a back seat, almost as if to postpone that assumption of responsibility that comes from moral growth.

Yet, as in the best coming of age novels of the Italian tradition, we are witnessing the onset of complications that will force Mae to evolve and accept her mistakes in order to look to the future in front of her. A very important message that, personally, I consider essential in the works that deal with adolescence, often seen in the productions of recent years such as Life is Strange and Oxenfree. The intent to accurately represent the titanic struggle of the transition from naive youth to the crude dimension of real problems has been excellently explored by Infinite Fall, creating the right mix of images and topics expertly chosen to allow Mae to pining and evolve.

Just to concentrate all efforts in what is, without frills, a purely narrative product, the gameplay has been structured to work in a very simple way. Leaving the mouse, you move with WASD (or with the directional buttons of the controller) and jump with space (or with the corresponding key), and then interact with X. These few small indications are enough to explore the wide spaces of Possum Springs, who simply adopt some platforming mechanics to make it less monotonous. In this sense, Mae's dreams represent the most "playful" moment of the title, forcing you to find different solutions depending on the objective.

But, if we move away from the pure sections required for the sliding of the weave, Night in the Woods offers pleasant surprises to those who have the desire and the time to explore it in abundance. Inside the title there are in fact many very different minigames, ranging from a sort of Guitar Hero to a complete rogue like game to be played on the PC of the protagonist. While these factors are completely optional, their presence is certainly welcome, especially as an added factor to that ecosystem that aims to make players live as much as possible within Possum Springs. If nothing else, they are quite useful to avoid that the repetitiveness of the mechanics "go from point A to point B" of the plot could provoke in long game sessions.

If all this still has not convinced you, the icing on this juicy cake is certainly the excellent artistic style, used for both the graphic and the sound part. As abundantly pointed out above, it seems to be in front of a real cartoon, very smooth and at our complete command. Both the world and the characters appear original and blend modern elements, typical of adolescent imagery, with natural / animalistic ones.

Through the excellent use of colors, each environment and time of day is so distinctive that it remains etched in the player's mind. With absolute mastery, Night in the Woods goes from smiling sunny days, complete with autumn leaves that rise as we pass, to moments of pure rain surrounded by depressed music. What makes these elements even more appealing is the way the team has brought the urban environment to life: full of cars, passers-by and other devices that make the screen a continuous celebration of detail. The soundtrack is perfectly orchestrated precisely to accompany such moments, enhancing the youthful atmosphere when needed, between one environmental piece and another. As far as I have seen in my "career", the creative originality of Night in the Woods is unique in the entire videogame landscape, making it a real animation gem not to be missed for any reason in the world. Especially since, in addition to being aesthetically pleasing, it is also very light and can run on virtually any PC.

I played Night in the Woods on PC, thoroughly stripping the various subplots and the many minigames available within the city. 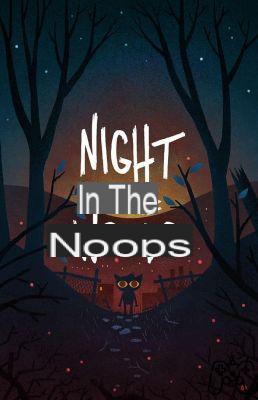 Night in the Woods is a real love letter to adolescence. Exploring strong themes with a style that is as fun as it is original, she manages to talk about growth, trauma and maturity in an intelligent and close way to the audience she appeals to. In addition to being educationally important, Possum Springs' vibrant storytelling and scenery places it on the podium of independent graphic adventures, once again underscoring the great power of creativity and small studios of willing developers.

The style seen in Night in the Woods is not only original, but also fluid and colorful. In addition to having an almost maniacal attention to detail, he manages to use the various chrome plating to support both the gameplay and the story.

Although the dubbing is absent, the quality of the soundtrack is more than enough to give the audio sector a worthy vote. In addition to having solid accompanying music, the compositions also shift to other genres bringing many nuances to what could be defined as an almost encyclopedic OST.

Although the gameplay is reduced to very simple mechanics, the presence of many minigames and possible variables make the use of the game anything but tedious. The structure for the plot remains mainly based on going from one point to another, yet what surrounds it is so varied that it makes that path paved with enough distractions to make us forget the repetitiveness.

Did you like the article? Share it!
Audio Video Night in the Woods
How to catch Wooloo in Pokémon Go ❯