Before writing this review of Ratchet & Clank: Rift Apart I wanted to get the platinum trophy, as it is quite easy to achieve. To achieve the goal, however, you need to find ten craiggerbear - teddy bears - scattered in the levels and created by the Insomniac developers to celebrate the memory of Craig Goodman, a colleague of the studio sadly passed away in 2019. Now, without wanting to disrespect the laudable initiative , my brain as an evening gamer tired from the working day did not have all this desire to find the well-hidden bears.

So, without any remorse, I opened a nice online guide with millimeter indications on the position of the collectibles in question and I launched myself towards the repetitive and not very rewarding task. And this is where I realized one thing: I've never played a fast and responsive video game like Rift Apart. Hopping from planet to planet looking for bears was a matter of the blink of an eye, navigating the levels is smooth and hassle-free thanks to grappling hooks, teleporters and rocket boots. Even if they were not Sonic, Spider-Man or the Doom Slayer, Ratchet and Rivet - the new co-star of the game - have become champions of rhythm and dynamism in the short but intense whirlwind of events that is Ratchet & Clank: Rift Apart.

Rift Apart is the fastest, most dynamic, and most frictionless game I've ever played

I've had a PlayStation 5 in my living room for eight months now, and after the incredible dynamic lighting Demon's Souls, few titles have really been able to make me understand how different the new console was from the old one. Today, however, that moment has finally arrived: Rift Apart is the new arrow in Sony's arc, ready to be shot towards possible PS5 buyers who, once the rare goods have been found, could combine it with the exclusive Insomniac Games. Ray-Tracing, instant uploads from SSD, 4K, 3D Audio, haptic vibration and adaptive triggers finally demonstrate the full potential of Astro's Playroom tech-demos in a complete game and part of a series loved by fans of the PlayStation brand.

Rift Apart is indeed a sight both to see and to hear: I played the title with Pulse 3D headphones and was absolutely blown away by sonic richness and from the positioning of the sources for an immersive experience that really beats in another league. The journey through bizarre planets, all unique in their appearance and modeled with an unparalleled expertise in detail, is dotted with dynamic action scenes, explosive boss-fights and a corollary of animations and effects clearly impossible for the good old PS4.

All this at 60fps, with Ray-Tracing in Performance RT mode (the most balanced choice), just to redefine some other technical standard in the console world. You can see more visual details of the game in our photo gallery. Also commendable is the presence of a large variety of options to make the game more accessible, a topic we have begun to focus on more on Gameplay Café with the section “Accessible worlds and interactive culture”.

This whole show is in support of a gameplay that evolves everything possible from Ratchet & Clank (2016). Dodging, grappling hook and evolutionary sprint are just some of the new moves in a repertoire that learns so much from the other Insomniac experiences to give the player back a immaculate playful feeling. The collectibles are interesting and unobtrusive and the pace of play is simply perfect in its alternating exploration, light puzzles and combat.

Structurally, however, the game does not impress: can be completed in a dozen hours, Rift Apart features one almost totally linear progression in worlds just a little more open than the past. The same protagonists so well delineated by the plot do not present any playful difference, thus losing an interesting opportunity to experience a dualism a la Peter Parker - Miles Morales. Another sore point are the much vaunted Rift: exceptional technical innovation daughter of the PS5 SSD, these are not so well exploited quantitatively but not even qualitatively. Dishonored's old blink wasn't all that different, to be clear.

If we add to these shortcomings a plot which, without looking for some cultural depth, disappoints in its inexplicable lack of resolution of some key points, we finally find a product that perhaps lacks oversimplification. In favor of that perfect rhythm that leads from start to finish all in one go without the slightest moment of fatigue, Insomniac has in fact created a title that is too thin, with little content and reduced playful depth despite the basic mechanics would have absolutely permit.

The upgrades to the levels of the protagonist or the continuous points of Raritanium spent to improve their weapons seem not to affect the player's ability to complete or not the levels, too simple in the normal difficulty. Essentially: I don't mind unlocking the millionth upgrade for my thirty different weapons if you don't give me enough things to shoot at.

I completed Ratchet & Clank: Rift Apart in about thirteen hours, with a personally purchased copy. 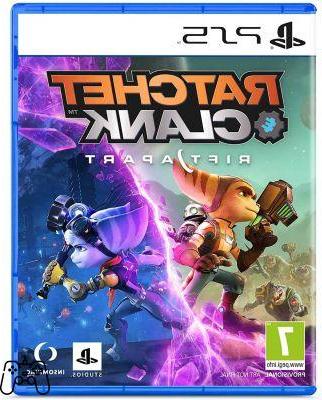 After finding the tender craiggerbear, I finally platinum the game, the usual semi injection of self-esteem shaken with psychological justification for the € 69,99 spent, and I must unfortunately admit that he left me very little. In the face of the unparalleled visual and sound show, Rift Apart is a game that doesn't take flight, the playful sector of the past titles of the series does not particularly mature and does not offer a quantity of content worthy of satisfying my appetite as a smuggler of dimensions identified with a lombax-rodent that does not find its way home.

Insomniac Games has the keys to its creative destiny in hand, and on the next round it will have to be able to playfully evolve everything that has been made of technically superlative in this episode.

Unparalleled technical-artistic system: Rift Apart is a next step in the evolution of real-time cartoon rendering on consoles.

With three-dimensional positionality, richness and crystal-clear cleanliness, the game's sound system is the true showcase of the Tempest Engine and Pulse 3D headphones combo. Without forgetting the soundtrack and dubbing of the highest quality and variety.

The playful feel of the game mechanics is just perfect, you want response to commands and interactions with Dualsense. Unfortunately the game structure, the level design and the poor sense of progression do not fully support the evolution of the series towards new qualitative heights.

Did you like the article? Share it!
Audio Video Ratchet & Clank: Rift Apart - Explosive show and rhythm, but without depth
Where to find the Twilight Stones in Pokémon Brilliant Diamond and Brilliant Pearl? ❯

add a comment of Ratchet & Clank: Rift Apart - Explosive show and rhythm, but without depth