How heavy is the past? So much when you have uncomfortable predecessors who have marked, for better or for worse, the image of a saga. The first amazing Xenoblade Chronicles it was unexpected, surprising and showed how much a technically inferior car could be enough to give an infinity of emotions. On the other hand, Xenoblade Chronicles X has divided opinions and reduced the phenomenon of the Monolith Software saga by proposing itself as a title bordering on “either you love it, or you hate it”.

For Xenoblade Chronicles 2 the Japanese team has chosen an imprint for its narrative that relies heavily on the irony factor and on the grotesque excesses typical of Japanese taste. The detachment with the past can be seen already in the early stages and in the first shots when the comic situations, bordering on the absurd if viewed with the eye of a Westerner, are inserted straight into the narrative of the entire story that takes place in the world. by Alrest. Another aspect that points in this direction is the presence of fan service and a whole series of skits that tend to enhance the prosperous physicality of the characters, once again winking at the inclinations of the Rising Sun market. Xenoblade Chronicles 2 is far more Japanese than so many other Monolith products have been.

But all this riot of folkloric characters and scenes should not be misleading because Xenoblade 2 contains all the complex philosophy of Monolith Software, that not at all obvious, always pressing and profound that has made the difference in many of his productions. In the ten chapters of which the story is composed, the course of events often takes unexpected turns, dragging with it doubts and deep emotions in each interlude scene. It will be enough to pass the first part of the narrative path a little slow (up to chapter four) and enjoy the central body of the adventure without haste and carefully and then devour the ending with ardent impatience to know the truth. The ending will be intriguing in its own right, but it will become incredible if you know the Xenoblade universe thoroughly, and I won't add anything else.

The whole story revolves around the bond between the Drivers and their Gladius allies. This relationship constitutes an important node of debate and emotional growth throughout history, with reverberations also in the secondary plots of the various Gladius that lead us to recognize and address many aspects related to the concept of "different", fully respecting the root "xenon" of the entire saga. A context in which the bond between Rex and Pyra will be more a vehicle of a message than the real story to be passionate about.

To shape this Xenoblade Chronicles 2 Monolith composed a world, Alrest, which draws heavily from some of its previous productions (Baten Kaitos) and returns a sense of pulsating and dynamic life that evolves both in the alternation of day and night, and in function of how deeply we will dig and solve the small daily problems of the population. In the cities there is a dense multitude of figures and structures that in some cases, also thanks to some icons that are a little too intrusive, appear chaotic and make you lose your bearings but still offer many mysteries and secret passages.

The whole world is spread over huge titans that look like vast continents to explore both outside and inside in search of their secrets and with which living beings have a symbiotic relationship that experiences a difficult balance. The exploratory phases do not follow rigid constraints of obligatory paths, but we are not however faced with a freeroaming. Crossing the horizontal and vertical spaces of the titans is penalized by one game map which, lacking three-dimensionality, fails to be intuitive and often it is chance or perseverance that leads to reaching certain places. Net of this, the glance around every corner with the changing weather and light conditions makes the game truly captivating in terms of the atmosphere in which the features of characters and scenarios seem to blend naturally with the scenario. without noticing the detachment, creating a unique in many cases surprising.

Too bad that the artistic realization does not often go hand in hand with that technique that in many situations leaves room for various imperfections and problems. The texture pop-up between trips is noticeable and is only offset by the fact that the continents are almost devoid of intermediate loading. A similar argument should be made for the graphic detail that fails to rise above 720p and in some cases collapses below it especially when playing in portable mode with some frame rate drops in situations with too many particle effects. A real shame if you think about the goodness of the stylistic realization.

On the sound sector, the little to say is all positive with a cure for diversification that leads electric guitars to alternate with choral parts making each passage a concert. I also add that, compared to chapter X, Xenoblade Chronicles 2 returns to the mixing standards worthy of the name it bears. Never a smudge, never a piece out of place in a cut scene or an asynchronous dialogue with the voice. All damn addicting. In some parts, especially at the end it will be difficult not to get involved in the audio-visual emotions that kidnap like a daydream.

I have deliberately left the gameplay at the end for its complex variety. The base on which it rests speaks the language of a real-time JRPG with a typically Japanese feeling which manages to be both basic and profound at the same time allowing it to be assimilated by the player without too much effort but capable of offering a remarkable variety of approach to enemies. Around this revolve a series of concentric circles made of skills and weapons combined attacks and special techniques. A detail that someone might miss are the equipment that also modifies the aesthetics of the characters, practically absent.

Everything obviously revolves around the Gladius, the class, element and field skills they possess with the latest that allow you to reach inaccessible places, or solve some puzzles. The combat system is based on an automatic attack and on the use of different limbs depending on the weapon equipped by the Gladius. Up to three of these allies will be able to accompany each of the three Ductors that we can include in our party. There is also a system of classic skill branches for both the Ductor and the Gladius as well as a series of items that can be equipped and consumed. In short, a classic RPG, but with the advantage of giving back a satisfying level of challenge which, net of the difference in level, will offer only a few difficult clashes to the point of having to be replayed several times.

What may not please some is the rare Gladius acquisition system which, except for a few rare cases, is based on chance to be able to get the rarest characters. Even the acquisition of crystals takes place in a very random way, forcing in many cases long crafting sessions in search of these objects which forces you to pause the continuation of the plot. It must be said that the main story and some specific Gladius missions still bring a substantial number of allies sufficient to continue without problems and the common Gladius often fill any temporary gaps, but completing the collection will be independent of our skill.

Between side quests and mercenaries, the deep Gladius missions and the various skill branches to unlock, Xenoblade Chronciles 2 will put us in front of a truly remarkable longevity which expands even more thanks to the long list of side missions promised by the DLCs that will be added by the Season Pass, some of which are already available, others coming soon as the content Torna - The Golden Country coming in September.

Xenoblade Chronicles 2 played on Nintendo Switch without Season Pass DLC strictly in dock mode to avoid visual problems reported on the laptop and by completing a fair amount of side missions. 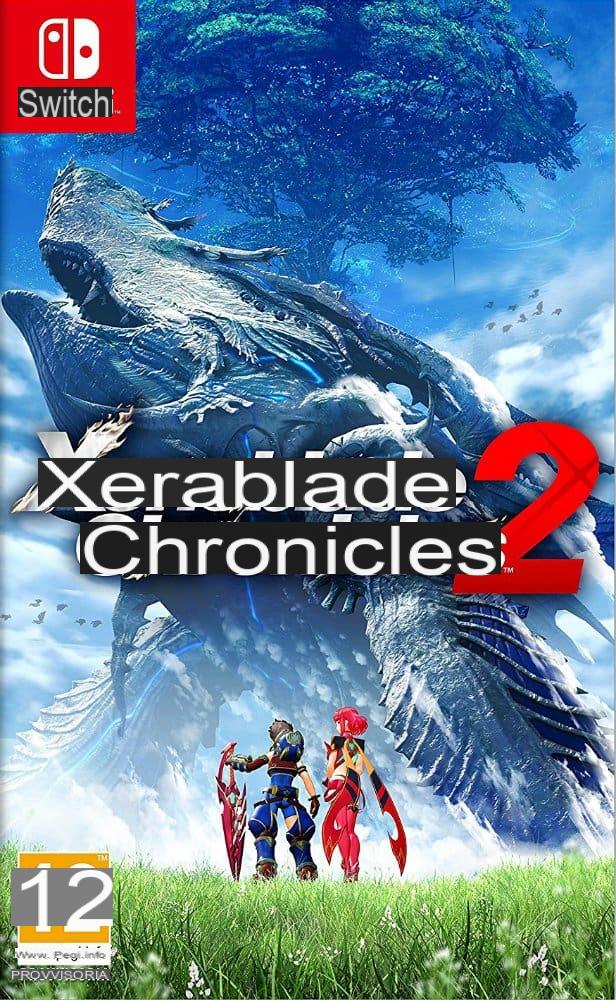 Xenoblade Chronicles 2 could have been like the first or like the second, but Monolith Software has chosen the third way, that of an entirely new product, of an adventure that despite the number two in the title holds onto its little independence and is directed towards a reality of its own, towards something bewitching and with many novelties. A universe made up of fan service but also of complex issues on diversity and its acceptance. A vast and varied game world whose life rests on living beings, the titans, and which gradually disclose their mystery and nature to the Drivers.

A game that stylistically has nothing to envy to a production of great value, but which unfortunately clashes with a graphic sector with some unpleasant smudges for a keen eye for detail. We don't know how much to blame is the Switch's power or the compromise of being able to be played on a laptop, but in some cases it wasn't nice to see the resolution below 360p.

The style of the Gladius and their impact on the gameplay are of great production and allow a very complex and multi-level party management, but it could discourage players who do not appreciate the random system of acquiring rare Gladius. An adventure that of Xenoblade Chronicles 2 to be lived with the pad but above all with the heart to reach an ending that will not disappoint.

Variegated and clean in its realization, it erases the errors of X and brings everything back to a dreamlike dimension of an ancestral epic tale. Stopping to listen to a track will happen often.

Deep and rich in differentiation that offers an adequate yet fulfilling challenge for multiple levels of RPG experience. A few less parameters and some more aesthetic equipment would have been welcome but there will be a lot of things to do and a lot of time to spend to master every aspect of the game.