Since its announcement on the stage of E3 2015 Never: Automata he managed to attract a lot of attention: from the first rumors about the title there was talk of an action RPG with Bullet Hell elements born from the collaboration between Square Enix and Platinum Games.

NieR: Automata tells of a dystopian future where humanity, brought to its knees by an alien attack, is forced to take refuge on the Moon and to use combat androids for the counter-offensive.

We will follow the events of three models of automatons called 2B, 9S and A2. Our goal, at least initially, will be very simple: destroy the biomachines sent to Earth by the mysterious alien invaders, however this will prove to be only the tip of the iceberg of a much darker story.

However unoriginal the concept (and also the development of the plot) is, the strength of NieR: Automata lies, paradoxically, in the emotional load that each scene manages to convey.

The game is the scene of a fierce criticism of modern Japanese society, now worn out by the ethics of perfect work performance as the only purpose in life.

Yoko Taro, director of the game, despite the sublime narrative sector has never managed to establish itself as a prominent character in the videogame medium due to the disastrous performances and the just sufficient gameplay proposed in his previous works.

This last point is resolved this time thanks to the collaboration with Platinum Games, the managers of many successful action games such as Bayonetta and Metal Gear Rising, which, thanks to their well-established experience with the genre, have managed to give Automata a gameplay of all respect.

The title, already in the early stages of the game, shows us its multiple nature as we will pass from a classic vertical and horizontal scrolling in-flight shooter to a dualstick, finally even "emulating" the camera of the classic metroidvania, but unfortunately most of these features are restricted to some game areas and the flight sections will even be limited to certain plot events, castrating the general gameplay of the title, during most of the adventure we will in fact have the classic third-person camera typical of action games.

The game, following the Platinum-style gameplay philosophy, allows combos with light and heavy attacks marked by two different weapons. Each character can set up to two sets of equipment that can be changed on the fly during the fight so as to offer further moves, moreover each protagonist is equipped with a Pod which, in addition to acting as a link between the protagonists and the command center, will be usable as a ranged attack, an action that can be performed simultaneously with the melee ones, in order to increase the damage inflicted on the opponents.

The variety of commands, however, is not limited to just combat: thanks to the Pod the protagonists can "glide" from considerable heights simply by clinging to it and, by pressing the square button during the fall, it is possible to carry out an attack that, in addition to damaging any enemies in front of us, it guarantees us a small push forward, to land perhaps in points on the map that are not easily reachable with a simple double jump. A further action (which I only discovered after about fifty hours of play) allows us to perform a real momentum just jump, press R1 + X at the same time and tilt the right stick in the desired direction.

As for the game world, this will be divided into six areas that will be unlocked as you advance in the adventure, remembering a little the method used in the classic The Legend Of Zelda, each area will in fact present us with a setting each. completely different from the other, we would have a vast desert, a dense forest and even a ruined amusement park.

The secondary quests that surround the work, although some enjoy a truly exceptional writing, however, fail in consistency, most of these in fact will lead the player to take on the role of delivery boy and to travel far and wide around the game world to deliver items, and then return to the starting point of the mission to collect the reward. This type of assignments are also accompanied by other classic requests such as the destruction of a certain group of enemies and the collection of information. A real shame given that, as mentioned above, given the very flexible nature of the title it could have varied more.

An interesting choice, however, is used in the management of the main story since, to continue in the latter, you will have to reach the end credits with each character. The title will initially put us in command of the android 2B flanked by the Scout 9S unit, once we reach the apex of the plot the game will show us the credits, after which we will start again with the difference that this time we will have control of 9S who, despite sharing much of the journey with the previous protagonist, will have different experiences.

A note of merit also goes to the soundtrack, awarded at the last Game Awards, composed by Keiichi Okabe. The notes that accompany us during the adventure manage to give life to a world now in decay, even managing to give us goosebumps thanks to a perfect combination of images on the screen that will react to the rhythm of music.

I played the title for over sixty hours on Normal difficulty on PS4 Pro, getting all the endings, completing all the quests and collecting most of the collectibles. 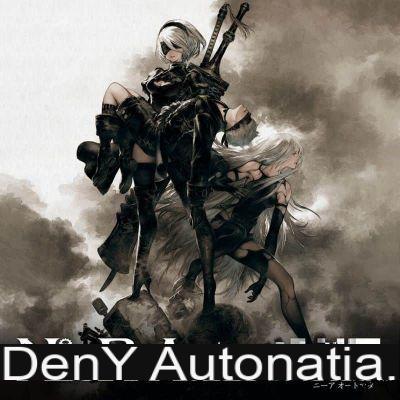 Never: Automata, despite some defects due to the stubbornness of the Japanese software houses in not wanting to innovate some game mechanics, it still manages to be an exciting title that will be able to keep players glued to the screen for hours, giving unforgettable scenes and emotions like, unfortunately, only a few video games they manage to do nowadays.

Quite accurate but not very detailed environments, the textures at times leave something to be desired even on PS4 Pro.

Thrilling soundtrack, especially during boss fights. Japanese dubbing a notch above the English one.

Did you like the article? Share it!
Audio Video Our NieR: Automata review, 18 months later
The best moveset for Garchomp in Pokémon Go ❯

add a comment of Our NieR: Automata review, 18 months later