His Dark Materials, the bet of the BBC and HBO

It is not the first time His Dark Materials, (These Dark Matters) and its characters try to cross the media from paper to "film".
It was the year 2007, in fact, when the director Chris Weitz led to the cinema The Golden Compass, adaptation of the first of the three novels that make up the successful fantasy trilogy by Sir Philip Pullman. Unfortunately, however, despite a production and a cast far from second-rate, among whose ranks the names of Nicole Kidman and Daniel Craig, the film turned out to be not exactly exciting, also in terms of box office, determining the end of the cinematic raids of Lyra Belacqua and companions.

Over a decade has passed and in the meantime the fantasy has also been cleared on the small screen thanks above all to the sensational success of Game of Thrones to work HBO. So what better time to try again? This must have been the thinking of the with the BBC when he ordered, as early as 2015, the first season of the series, among which the executive producers figure the same Philip Pullman. In 2018, the HBO network came to help BBC as a co-producer and international distributor.

Fantasy in the UK

The world of His Dark Materials is a kind of alternative reality to ours in a vaguely key steampunk. Oxford and London, for example, are exactly in their place and with their name, albeit decidedly different (Oxford is still home to a sort of academic excellence, the Jordan College). There are no planes and we move with airships of various sizes.
In this peculiar universe every human being is flanked by a daimon, a talking animal that represents a kind of extension of the soul of each one and that is literally inseparable from its human of reference.
Unfortunately, this fascinating alternative Europe appears to be ruled over and over again by Magisterium, a sort of dictatorial government of a religious nature, highly hierarchical and busy with keeping all forms of "unauthorized" knowledge hidden.

In this peculiar context we will soon make the acquaintance of Lyra belacqua, a little girl orphan of both parents and with an indomitable and wild character, entrusted in swaddling clothes to Jordan College by her uncle Lord Asriel, scholar and traveler, a mysterious and elusive figure in open opposition to the obscurantism of the Magisterium.
Soon the walls of the Oxford college will no longer be safe for the young Lyra, evidently endowed with peculiar characteristics that make her the object of dangerous attention, and she will be forced to embark on a journey of training and adventure in the company of her daemon Bread.

Stories of men and worlds

The characters we will meet alongside Lyra are truly numerous. However, the characterization work carried out on each of these supporting actors is extremely refined and one never gets the feeling of being in front of a "secondary" character. Each of them is driven by coherent and credible motivations, without any forcing or deus ex machina.
An exemplary writing work supported by casting choices that are nothing short of perfect, starting with the young and very talented Dafne Keene (already admired in Logan), passing through the simply extraordinary Ruth Wilson in the role of Mrs. Coulter (leading member of the Magisterium), up to the paternal and touching Farder Coram played by James Cosmo. The work of the now star is also excellent James McAvoy in the role of Lord Asriel, despite the decidedly siphoned presence in the first 4 episodes.
Also excellent was the work done on the second-rate characters, masterfully interpreted by highly skilled British character actors (for example, members of the upper echelons of the Magisterium). 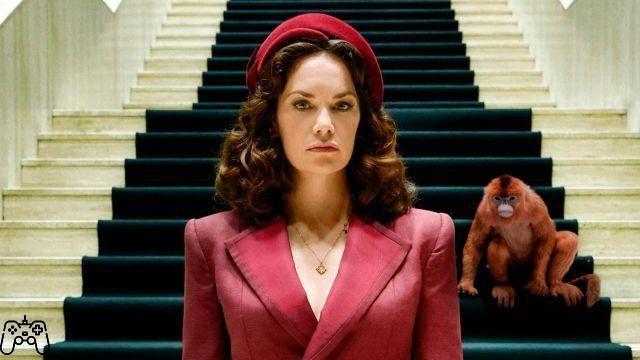 The light of reason

If you are not, like myself, a connoisseur of the original work, at a first approach His Dark Material it might seem like a rather canonical fantasy with a story of formation and adventure rather in line with the standards of the genre. In fact, the story of the poor orphan destined to save the world is a fairly typical cliché, however the themes that His Dark Materials manages to put on the plate, as well as the ensuing developments, manage to greatly elevate the work and make it decidedly more mature. than it might appear to a superficial glance.
To a certain extent, for example, the struggle for knowledge between academics and the Magisterium is even current in an era, ours, in which academic knowledge is often questioned by the political leader on duty and the mystification of reality becomes powerful. propaganda tool.

Perhaps we can criticize His Dark Material for a slightly too clear distinction between good and evil, good and bad, especially after years of Game Of Thrones. Personally I do not consider it a real defect, more a choice (the same defect could be attributed to so much classic fantasy production starting from Tolkien ) and is in any case an element to be evaluated more clearly after an overview of the entire first season.

The production value of this new serial adaptation of His Dark Material is truly sensational and clearly outclasses the 2007 film. The art direction is perfect and makes the world represented credible and fascinating. Everything is taken care of to perfection, from the design of the aircraft to the geography of the places, up to the splendid costumes. In this regard, the costumes and boats of the Giziani, a sort of Roma people who will soon cross paths with that of the protagonist, truly splendid, as well as Mrs. Coulter's elegant suits.
Photography (and color grading) is also extraordinary, expressive without ever leading to excess, capable of making environments palpable and concrete. The directing alternating in the various episodes is also excellent, with a few very small smudges here and there, and the editing, always functional in maintaining the alternation between the various characters and storylines, as well as skilled in the construction of tension.

An applause must then be paid to the visual effects, truly extraordinary, especially for the representation of daemons and bears, whose digital acting is among the best we have ever seen. The presence of the daemons is also really conspicuous, with numerous dedicated shots, and functional to the story. A treatment that I am sure all Game of Thrones fans would have liked to see in the HBO series about the beloved and sadly mistreated direwolves.

If the second half of this first season of His Dark Material will be able to maintain the quality level of these first 4 episodes, I am quite certain that the series will be able to go beyond the second season (already ordered by the BBC) and capture a large slice of the public, transversal for tastes and ages.
In short, a really good start that Italian spectators will be able to enjoy on Sky Atlantic starting January 2020st XNUMX.

Review of videogamingallday.com Did you like the article? Share it!
Audio Video His Dark Materials, the bet of the BBC and HBO
The walkthrough of Uncharted 2: Den of Thieves ❯

add a comment of His Dark Materials, the bet of the BBC and HBO