The first season of Westworld, license plate 2016, was an instant success as you rarely meet in the history of television series.
A perfect cast and a bizarre but never confused narrative, a scenario that alternates western and science fiction in a fluid and fascinating way, an enviable thematic depth: these are the elements that transformed the first iteration of Westworld into a work beloved especially by the most nerd.

The universe told by Johnatan Nolan e Lisa joy is inspired by the film "The world of robots" 1973, written and directed by Michael crichton (former literary father of Jurassic Park).
For those who still do not know the Westworld of the title is nothing more than a sort of huge western theme park populated by extremely realistic humanoid androids, indistinguishable from real human beings.
In the park, visitors are free to live their own adventures, indulging their lowest and most animalistic instincts, killing without hesitation and abusing any android they come across. In short, a Red Dead Redemption in the real world where NPCs are replaced by robots.
It goes without saying, as in the best science fiction tradition, that soon these androids begin to have human feelings and want to be more than just extras in a game for the bored rich.

The second season of the serial HBO, which arrived in 2018, turned out to be decidedly less glossy and compact. In an attempt to repeat the alchemy of the first iteration, in fact, the series has lost its appeal to the general public, getting lost in a dangerous spiral of complacency and in useless narrative complications.

So here, mindful of the misstep, Nolan and Joy try, with this third season, to expand the universe of their work by moving towards roads not traveled.

Avoiding too many spoilers on the first two seasons (which you can catch up on Sky o Now TV) just know that the narrative cycle inside the western park has essentially ended with the end of season two.
The beautiful android Dolores Abernathy (Evan Rachel Wood) has crossed the confines of his golden cage to enter the real world and carry out his revolution against mankind.

For the first time in the history of the show, therefore, the authors find themselves representing, visually and in an extensive way, the real world populated by humans. The result, as already visible from the trailers, is new and unsettling for longtime fans.

The new season offers a sci-fi setting with vague cyberpunk hues that draws inspiration in a self-evident way from other works related to the genre.

The real world is a futuristic version of our reality. A world as merciless as the parks themselves, where information is the greatest of riches and unscrupulous corporations govern the lives of citizens. A science fiction setting with vague cyberpunk hues that draws inspiration in a self-evident way from other works related to the genre.
In general, the work of characterizing the locations (mostly the events take place in the city of Los Angeles) is excellent and cared for, thanks above all to a production value that is truly out of scale as usual. However, the overall package does not stand out for its originality and not infrequently, while watching, you will recognize the various Matrix, Minority Report, Strange Days, etc.

The cast of this third season sees the return of many of the iconic performers, from the aforementioned Evan Rachel Wood to Thandie Newton (Maeve), passing through Jeffrey Wright (Bernard) e  Tessa Thompson (Charlotte Hale), up to the inevitable and extraordinary Ed Harris (The Man in Black).
Next to them stand out two new highly respected entries.

The first is Aaron paul, the Jesse Pinkman of Breaking Bad., who here plays Caleb, a character with a dark past and a double life: a construction worker by day and a petty criminal by night.
Crushed by the system and on the fringes of society, he will cross his path with that of Dolores and with his revolutionary intentions. Paul's performance is great and the character seems to have been tailored to the actor.

However, the philosophical study is less pronounced than in the past and now much more space is left for action.

The second is Vincent Cassel, interpreter of Serac, boss of Encourages, the powerful corporation behind the "system", an algorithm with almost unlimited potential, capable of accumulating information about every citizen and, perhaps, even predicting their future.
If the character of Paul, after the first four episodes, is already perfectly in focus, the same cannot be said of the character of Cassel, who has a very small screen time in the first half of the season.

From the very first trailer it was clear to the public how this new cycle of episodes attempted to distance itself from the first two iterations of Westworld. The impression was in fact that of a soft reboot, with new themes, new settings and new characters. This is not quite the case.
This third season of Westworld, in fact, while denying itself from some points of view, is in full narrative continuity with respect to the past. The thematic core remains the same: the investigation of reality and its often ambiguous nature, the illusion of individual freedom, the nature of the human being. However, the philosophical study is less pronounced than in the past and now much more space is left for action.

In general, the production value is truly stellar and HBO seems to have made a decisive all-in to try to ensnare an audience as wide as possible.

The different timelines that have characterized the series in the past have also been abandoned. The story is now linear, always in focus for the viewer, from whom nothing is hidden by means of montage tricks.
To benefit is the rhythm and the compactness, also thanks to the lower number of episodes, which for this season are eight instead of ten.

The general plot, however, judging from the first half of the season that HBO has allowed us to preview, does not seem to stand out particularly and is not particularly memorable. 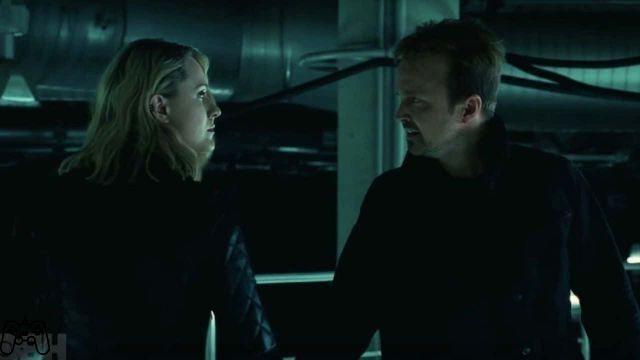 A Shell without a Ghost.

From a technical point of view this third season of Westworld is even superior to the previous two seasons. Cinematic scenography and photography and special effects qualitatively and quantitatively excellent.
In general, the production value is truly stellar and HBO seems to have made a decisive all-in to try to ensnare an audience as large as possible and not necessarily the aficionados of the first hour. Certainly the link with the first two seasons, as mentioned, is strong, and it is practically essential to view them in order to fully understand the actions of most of the characters.

What leaves us perplexed, after watching these first four episodes, is the general identity of the show that comes out weakened, almost lost.
Net of historical characters and some sporadic and unconvincing forays into one of the parks of the Of the (set in Italy during the Nazi rule), almost nothing remains of the original show and its peculiar aesthetic.
Westworld has apparently turned into a more canonical and generic science fiction, devoid of that peculiar imprint that had made the first season successful.

A shame perhaps, but also a necessary step after the stale second season. All that remains is to wait for the second part of the season to definitively assess the goodness or otherwise of this transformation.

Review of videogamingallday.com Did you like the article? Share it!
Audio Video Westworld 3: a new beginning
Did Alex survive Modern Warfare? | Is Ghost dead? ❯