It is no coincidence that October read in reverse reads "er bang": here, therefore, RIDE 4 arrives on the market making scorched earth around the previous chapters and leaving us stunned by the remarkable step forward made by the Italian software house, demonstrating a constant and inexorable improvement which we are now starting to get used to (fortunately).

The last chapter offers several innovations compared to its predecessors, bringing the content base to a more satisfactory level, net of some defects on certain aspects. The traffic lights go out, how much will we have liked RIDE 4?

What must be clear from the start is that RIDE 4 is a simulation titleIndeed, it is probably the best two-wheel simulation on the market today. As usual, however, choosing a realistic approach inevitably has some consequences that tend to displease those who expect to take a picnic to reach the top position. Our ambition to dominate effortlessly is immediately put into bends at the first corner, when we realize how steep the road to victory is. What is in front of us is a feeling immediately very "heavy", with every change of direction that is affected by the physical characteristics of the bike, making the approach to the curves immediately very demanding and where a single chicane performed properly implies an exact calculation of weight displacement and gas dosage in addition to simple braking. The behavior of two-wheeled vehicles tends to be radically different from model to model, with a very varied fleet of motorcycles, you will find yourself taming the roaring horses of a Ducati 1098, struggling to keep standing in the corners, until you extricate yourself through the hairpin bends. of Brands Hatch with an agile CB300.

Once you have overcome the initial obstacle, however, a world will open up that will lead you to improve lap after lap, arriving at regret a peripheral noteworthy that it can return a higher feedback than the inadequate console pad, since the bottleneck is no longer represented by the driving model, but by the possibility of being able to vent any stress on the player's body.

The reproduction of the bikes is the most successful of the series, with models made in a meticulous way, an obsessive respect for construction materials and an attention to detail that in fetishism comes second only to the Gran Turismo series (and has no rivals on two wheels). Driving models that can also be slightly altered, using a wide range of customizations such as new exhausts, new alloy wheels and even new liveries that can be created through the editor that has allowed us to take away some satisfaction. The only flaw found on the models is the effects linked to the reflections on the hulls, which in some cases showed some inconsistency with the surrounding environment, but nothing that could affect the general visual quality.

Almost all of the recreational offer is relegated to Career mode, finally structured in a coherent way and which winks at Poliphony's Gran Turismo mode. Before trying your hand at the races, the first step will be to create your alter ego in the driver editor, which will allow you not only to customize the aesthetic aspects, but also to choose some goodies such as the driving style or even how many fingers to brake. and if use the leg outwards in “Valentino Rossi” style. The first step is to choose one of the three continents proposed (between Europe, Asia and America) and start a series of events that will give you access to advanced events. Each macro category of events involves first passing the inevitable driving licenses, a series of tests that will prepare your skills according to the following events.

The tests to be overcome will tend to be challenges such as overtaking and time attack races that most of the time they will keep you busy for a few hours before being able to properly tame the bike available on the various circuits. Once the licenses have been passed, it will be the turn of real events, structured in single races or mini-championship points, in which you will win both game credits valid for the purchase of vehicles, and experience points that will be used to unlock access to subsequent events.

Once the introductory section relating to continental trials is over, the beating heart of your career will open up to you with the two main leagues, The World Superbikes Leauge and the Endurance League, two macro categories of events that will allow you to hone your skills on the track, untangling your opponents in various types of races, including those at night or in the wet, welcome additions in the package. Note of merit for endurance races, which with day / night management and strategy planning with attached tire change, make each race more stimulating due to the number of variables and unforeseen events possible, such as to never let the player's attention fall. .

ANNA as there are many

After making its debut on the MotoGP series, the artificial intelligence born in Milestone also arrives on the series in the "road" version, with rather discordant results. The various millions of hours spent on increasing the trajectories and driving styles of the various real pilots more and more can be seen; you will often find opponents on the track who do not waste time pulling the brakes together with you and do not back down in front of a shoulder in the tightest turns. In addition to acting as a thorn in the side of the player, in some situations it really seems to witness battles between opponents that do not seem to have anything unreal: overtaking, counter-overtaking, gross errors and wrong calculations of trajectories make ANNA a little gem that fills different aspects where other motorsport titles still struggle.

If on the one hand, however, the behavior of the opponents manages to make the races on the edge of adrenaline, on the other hand there is a tendency of artificial intelligence to hardly ever avoid confrontation, making itself not very reactive even when we are not fighting for an overtaking: we have found ourselves too often thrown off the track due to numerous accidents caused by drivers who are still too "careless", and forced to keep the mode active by force of circumstances “rewind”Which allows, by pressing the R1 key, to rewind the last moments of the race in order to remedy an error (ours or unfortunately of the AI). Events that occur more frequently in tight circuits such as Brands Hatch or Imola, where too often we see ruinous tumbles.

Also from a technical point of view, Ride 4 is a direct evolution of the path that Milestone is taking. The title also appears worthily on the standard PS4, even if in some more crowded situations (especially in the rain) some hesitation of fluidity. The improvement compared to the previous chapters, however, is there and it shows, with the main models made in a painstaking way, unlike the level of detail on the track, still qualitatively not up to the level of the bike and rider. The visual impact returned with the is interesting pioggia, with the water that fits into the inlets of the track in a convincing way, suggesting to the user some shots to be immortalized with the photo mode.

Photo mode that cannot be missed, with many choices available for framing management, moving image processing that allow you to take suggestive snapshots. The audio compartment, not yet excellent, but who does his job above all thanks to the welcome gem of the close-up sound on a subjective camera. Finally, we report the welcome free upgrade to ps5 for those who will make the purchase on the current generation.

We played RIDE 4 on the standard PS4, not detecting any particular frame problems, net of some drops in the most frenetic moments in the wet. 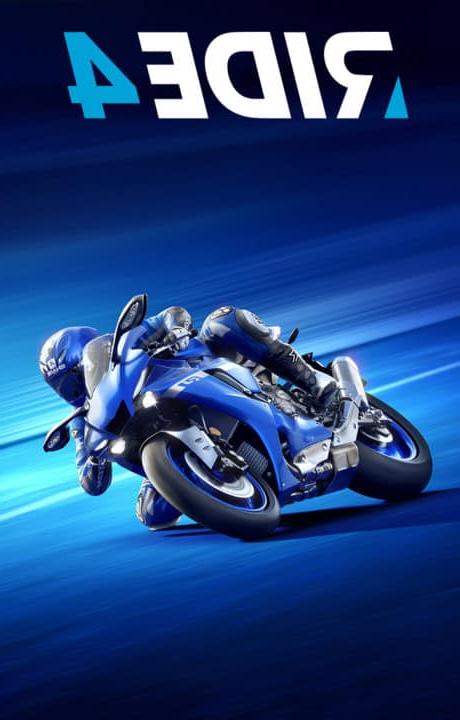 Ultimately RIDE 4 is the direct consequence of Milestone's passion and commitment in wanting to improve more and more, turning to enthusiasts who want to collect an experience as simulative as possible and that leaves nothing to chance. Instead, stay away if you are looking for a trip to the lake by motorbike or a more arcade experience, despite the aids present, RIDE 4 could be ruthless. Net of a few flaws here and there, we can only recommend it to anyone who has a competitive spirit in their heart and the desire to improve themselves lap after lap, painting the asphalt with each drift, on the canvas of emotions.

The models of the motorcycles and the riders are really excellent, with materials made properly. Too much difference between primary and secondary models of the scenario instead.

The audio sector gives great satisfaction, even if it is not yet at the top. The gem of the engine sound with subjective view is very welcome.

The driving model is the flagship of the production. Love it or hate it, only for simulation purists. There is a lack of a specific peripheral to fully enjoy it.

Did you like the article? Share it!
Audio Video RIDE 4 - The painter's drift
How to find Entei, Raikou and Suicune in Pokémon Brilliant Diamond and Shining Pearl? ❯