Hyrule Warriors: Age of Calamity, the review from the Wilds

It will seem absurd to some, but to review Hyrule Warriors: Age of Calamity for me it represents a very important step on a personal level. It was 2014 and the first Hyrule Warriors, made by Team Ninja and Omega Force and published by Koei Tecmo and Nintendo on Wii U, was the star of my first official review in this area. A moment of nostalgia, which I chase away despite the emotion since it is time to return to the present, to return to the Age of Calamity.

We cannot deny the positive sensations that were born with the demo of this new Warriors and that immediately made us hope for a product that could give a new image to the genre to which it belongs: the musou. Impossible to ignore how anachronistic and flat it may seem, for some, this type of gameplay all frenzy and buttons clicked in bursts when compared to the contemporary taste for storytelling and / or the complex mechanics behind the fight. Yet, without being devoured by preconceptions, there is much to be enjoyed.

I hate and love muosu

It must be reiterated of course that the musou have a gameplay system that has the big defect of not having large margins to be renewed or changed. Being a sub-genre of actions so bound to established stakes, this Age of Calamity also does not go beyond what is already known. Of musou either you are in love or you hate them without appeal. Fighting hordes of minions in more or less large rooms to accumulate energy to be vented into special abilities against the largest monsters and bosses is part of this as are all games like this. There hectic search for combos using the two attack buttons it is simple, clear-cut, without complexity. The outline of special attacks and dodging or parrying is reduced to essentiality. Strategy and tactics have very little weight.

However, the merit of this musou especially compared to its direct predecessor is the coherence and naturalness with which the attacks and special abilities typical of the chapter of The Legend of Zelda from which it has borrowed these and other aspects have been superimposed. The gameplay feels like a natural extension of what has already been seen in Breath of the Wild. There are differences it is true, but the work of adjusting the various variables of the original Nintendo game is well done and convincing. Such as the powers of the Sheikah tablet that seem to be made especially for the musou and its attack mechanics, but at the same time distinctly reminiscent of what was the primordial experience in the Wilds of Hyrule.

The differentiation and discovery of ever new and more powerful weapons is also a distinctive trait that unites the two games even if there are profound differences. Differences that are accentuated when it comes to the unlocking of the new clothes that are available almost only for Link and, despite being the same as in Breath of the Wild, they become a frivolous and superfluous tinsel very disappointing. The most innovative part of the game is represented by the battles with giants which are in an acceptable number and give back a sense of heaviness and power, but which ultimately represent more of a side dish than a rich dish. Fortunately, the level of difficulty makes you forget this part completely as an end in itself by testing the right players and allowing you to scale the experience worthily. 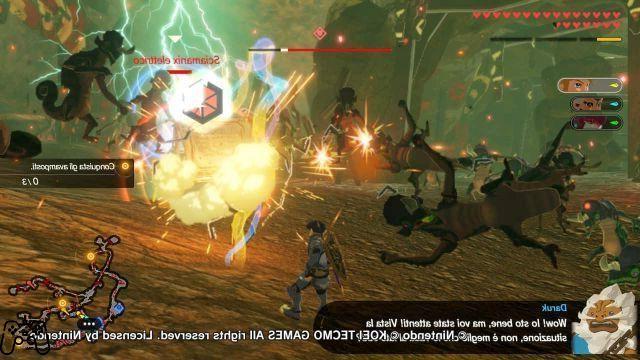 How does this Link dress fit me?

Dressing up the Zelda-dress (one more point for those who will grasp the quote) is not just a question of gameplay. Nintendo's support for the development of the game also manifests itself in having given the possibility to use the models of the characters and scenarios of Breath of the Wild. Hyrule Warriors: Age of Calamity it is not just a collage of characters. Thanks to the fact that they come from the same narrative strand, their amalgam is not only coherent, but also familiar in the eyes of those who have already faced Link's awakening. Memories come alive and pressing with each scenario crossed, each monster faced. It truly feels back in Breath of the Wild.

Each map has the same characteristics and the same places in the game from which they are taken despite having been adapted adequately to the needs of the musou. The decorative elements that compose them do not have a false appearance e they are rich in detail and consistency with the rest of the environment. Impersonating anyone other than Link and seeing some of the characters rejuvenated is that flicker of novelty compared to Wild which however seems to be at the same time perfectly consistent with what the game's original universe is.

Everything seems to be perfect, but perfection doesn't exist. Although the effects of light and particles are really well done, their appearances mixed with the frequent presence of numerous monsters in the field affects the frame rate that collapses inexorably. In some not sporadic cases the frames plummet to the point of almost perceiving the effort that the console makes to manage all the elements on the screen. For such a fast-paced and dynamic game, seeing these moments of uncertainty is very difficult to digest. And playing with two locally (multiplayer only) becomes really difficult because of that. To these are added the endemic camera problems of the musou that often gets stuck in tight corners and making the character disappear, creating a few moments of panic for those who play. 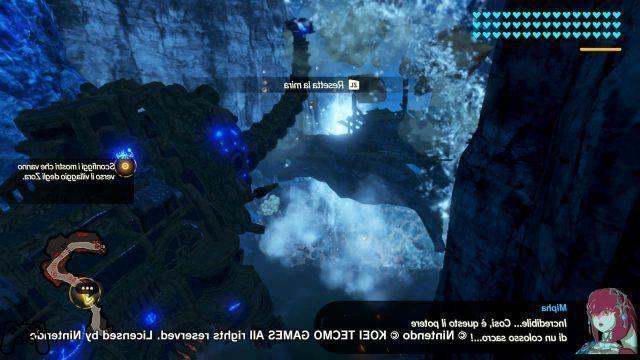 But what are you telling me?

What happened a hundred years ago? A phrase that we have heard a thousand times and to which not even the Breath of the Wild DLCs have given an answer. The basic setting of Hyrule Warriors: Age of Calamity is precisely that historical period prior to Link's centennial sleep that many wanted to experience. And indeed they tried to tell an intense story that he would go back in time, in every sense, and tell stories so far only hinted at. The echo of Breath of the Wild is all there and being a story that runs on established tracks and does not unfold in a free open world allows you to follow and appreciate it with greater ease. If in Breath of the Wild there was Link's growing awareness of having to become Hyrule's light of hope, in this Age of Calamity Zelda's role in the fight against Ganon takes more space, also addressing her family history and personal. All around there are the other characters who, far from being aseptic supporting actors, are proposed as small links in a chain of events that will lead to the finale.

He dared with the story of Hyrule Warriors. Dared in an unexpected way, going to compose really incisive climaxes. In the long narrative journey we find ourselves in a roller coaster of emotions between dismay and disappointment. Without spoilers, the plot will certainly be a topic of discussion and controversy for many. As when at certain moments the story of events is left solely to an off-screen narrator, a factor that breaks the intense rhythm of the cutscenes. Too bad that the secondary missions are not as valuable and indeed remain a simple sterile outline to increase the level of the characters and obtain the materials needed to enhance health. Instead, it goes better for the post end game which offers a few more hours of play to unlock a few more extras despite the lack of the adventure mode appreciated in the first Hyrule Warriors.

Certainly the game will not end in these contents but will be enriched with DLC and subsequent updates. Leaving aside the possible future, history runs straight in a crescendo of emotions also thanks to Breath of the Wild original soundtrack which brings the player back to the incredibly bewitching atmosphere of the Hyrule of the Wilds. Every music track and every effect is accompanied by the same boss encounters and events in the same Breath scenarios. A full-bodied amalgam of past memories brought back and new situations that on more than one occasion makes you forget that you are in front of a spin-off. Added to this is the dubbing completely in Italian not only of the characters who have already starred in Breath of the Wild, but also of some of whom it was not thought you could hear the voices. Link doesn't even speak here, rest assured, he makes his usual groans.

To get to the ending of Hyrule Warriors: Age of Calamity I did a full immersion purely in TV mode with some portable bed sorties with which I completed about two thirds of the secondary even after the end game. 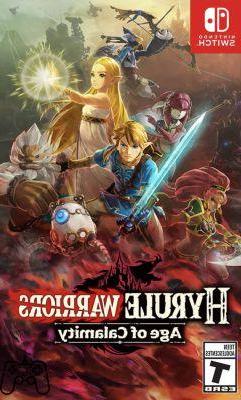 The double face of Hyrule Warriors

On the one hand, there is the courageous and successful choice of Nintendo to give an external team such an important and massive piece of its own Breath of the Wild creature; on the other, the technical limits of a complex genre to be renewed and which with this second incarnation has not been denied or has changed form. Difficult to balance these two souls of Hyrule Warriors: Age of Calamity for Nintendo Switch. Ultimately, however, it must be said that the narrative level, albeit controversial in the choices of turning points, is of a higher level than the rest of the musou. In order to be a universe that is adapted to the rigid and unpopular rules of this action subgenre, its overall image is more than convincing and coherent. Without forgetting the defects, which are there and are evident, the ability to dare and the successful mix of two spheres - musou and Zelda - which for many are too far away to join properly but which in reality have shown here to be able to connect, must be rewarded. worthily.

The cloak of the original story in whose footsteps the game moves shows a detailed and vivid world worth exploring. Too bad that in battle you often stumble on frame rate that goes to peak and camera that goes a bit where it pleases.

Hearing the original music of Breath of the Wild still creeps especially. Each song is paired with specific situations, monsters and events reminiscent of the wilderness. Sublime.

Classic musou action style, without too many technicalities. Compared to the forcing of the previous Hyrule Warriors, the guise of Breath of the Wild integrates harmoniously with the substructure of the battle system. But the side-quest outline is too fine in itself and an online component is missing (for now).

Did you like the article? Share it!
Audio Video Hyrule Warriors: Age of Calamity, the review from the Wilds
Objection! Ecco a voi Phoenix Wright: Ace Attorney Trilogy ❯

add a comment of Hyrule Warriors: Age of Calamity, the review from the Wilds